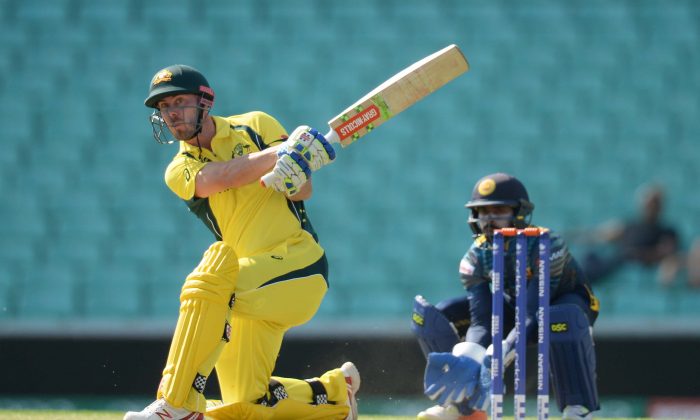 Chris Lynn of Australia hits a six during the ICC Champions Trophy Warm-up match between Australia and Sri Lanka at the Kia Oval cricket ground on May 26, 2017 in London, England. (Philip Brown/Getty Images)
International

Suraj Samtani
Suraj Sam Samtani is a freelance writer and reporter for international media and companies across the globe, and is also an academic and personal coach.
View profile
Follow
biggersmaller
Print

HONG KONG─Hung Hom JD Jaguars have secured the services of Chris Lynn, one of the world’s most valuable T20 cricketers, for the HKT20 Blitz to take place in Hong Kong in February 2018.

In pursuit of their maiden triumph, the franchised team is the first to announce their iconic international sign-up for the upcoming tournament.

Helming from Queensland, Australia, Chris Lynn is a batsman whose boundary hitting prowess ranks among the world’s best. He was crowned as the man of the tournament in Australia’s Big Bash League (BBL) in its 2015-16 season, during which he scored 27 sixes and struck a match-winning innings of 101 off 51 balls. In Aug 2017, Lynn became one of the highest paid players of the tournament when he secured a million-dollar deal to play for the Brisbane Heat over the next five seasons. He is also one of the top and priciest picks in other leagues and tournaments, including the Indian Premier League (IPL), Caribbean Premier League (CPL), and most recently, Pakistan Super League (PSL).

“Chris Lynn is famous for smashing boundaries at huge cricket grounds around the world, and with comparatively smaller boundaries in Hong Kong, we can’t wait to see him break records for us with roaring success,” said team co-owner, Susan Lulla.

“A typical innings from him boasts of ‘Lynnsanity’, and we are thrilled to also have him entertain our fans and supporters” added Lulla

Lynn himself is buoyed about playing in Asia’s World City, as he looks to “help the Jaguars lift the trophy”.

After a show-stopping showreel of cricket stars at the HKT20 Blitz 2017, the lineup of sportsmen for the next season promises to be blistering. Fans across the globe eagerly anticipate equally powerful and prolific players from the other participating teams, including City Kaitak, Galaxy Gladiators Lantau, Hong Kong Island United, and Kowloon Cantons.

The third season of the tournament will take place at the Mission Road Cricket Ground, from February 5-11, 2018.

Suraj Sam Samtani is a freelance writer and reporter for international media and companies across the globe, and is also an academic and personal coach.’

Suraj Samtani
Follow
Suraj Sam Samtani is a freelance writer and reporter for international media and companies across the globe, and is also an academic and personal coach.