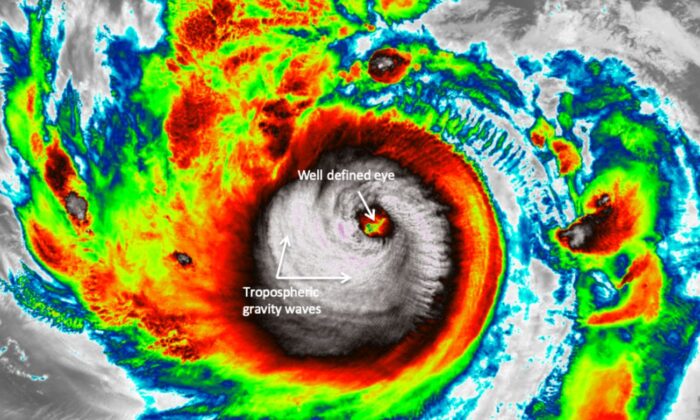 Hundreds of Thousands Evacuated in India, Bangladesh Ahead of Super Cyclone Amphan

India and Bangladesh have evacuated hundreds of thousands of people as super cyclone Amphan, currently located in the Bay of Bengal, bears down on the two countries.

The cyclone has winds gusting up to 115 mph. The agency said it is located less than 300 miles south of Odisha, India, as of Tuesday and is advancing to the coast at around 9 miles per hour, according to India’s weather agency.

Amphan is forecast to make landfall in West Bengal, India, located south of Kolkata, on Wednesday, forecasters said. The storm has prompted local officials to attempt to evacuate about 3 million people in all, reported the Washington Post.

About 300,000 people had been moved to storm shelters, West Bengal chief minister Mamata Banerjee told Reuters. Officials in nearby Bangladesh also have moved to evacuate people in the path of the storm.

“We are facing a dual challenge of ‘cyclone in the time of COVID-19,'” Satya Narayan Pradhan, chief of India’s National Disaster Response Force, told reporters on Tuesday. “We are taking action according to the enormity of this challenge.”

Indian teams are already working to evacuate people living in low-lying areas in Odisha, according to the Indian Express.

In Bangladesh, about 2 million people are going to be evacuated, the country’s disaster management minister told the BBC.

As with all cyclonic storms, wind isn’t the only threat. Heavy rains and storm surges are also expected.

“This is about as strong as cyclones get,” said CBS News meteorologist Jeff Berardelli. “Even though the storm is forecast to weaken before landfall, the force of winds and pressure piling up ocean water underneath the storm’s core will create enough momentum to make this a potentially catastrophic storm surge event for both eastern India and Bangladesh.”

I pray for everyone’s safety,” he wrote on Twitter on Monday, “and assure all possible support from the Central Government.”