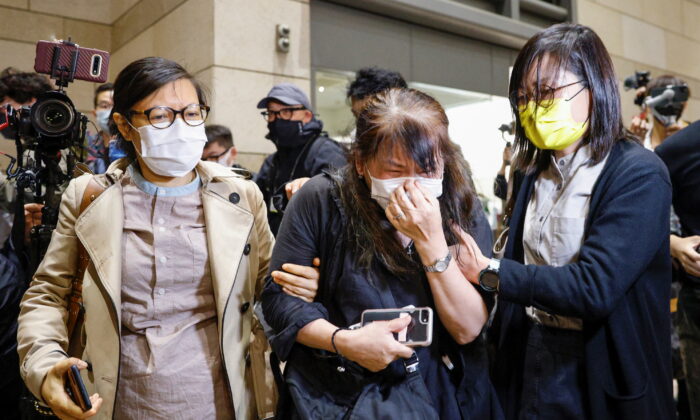 Many public servants in Hong Kong may be forced to quit their jobs because they refused to pledge an oath of loyalty to the Chinese regime.

All Hong Kong civil servants were required to take an oath or sign a declaration to uphold the Basic Law and pledge allegiance to the Hong Kong Special Administrative Region (SAR) by the end of February.

On March 8, Patrick Nip Tak-kuen, the secretary for the Civil Service, stated in a press conference that nearly 200 civil servants are about to leave their jobs as they have refused to sign the declaration and pledge of allegiance.

“As we don’t have faith in civil servants who refuse to sign the declaration, we will go through relevant procedures and ask them to resign,” he added.

According to official figures from the Civil Service Bureau, there are more than 177,000 civil servants in Hong Kong, excluding judges and judicial staff, officers at the Independent Commission Against Corruption, and locally engaged staff working in Hong Kong Economic and Trade Offices.

Many civil servants participated in the pro-democracy protests when millions of citizens took to the streets in recent years to oppose an extradition bill that would have allowed people in Hong Kong to be sent to mainland China for trial. The extradition bill has since been scrapped. These civil servants also organized their own rallies to speak out against the bill.

Starting at the end of 2020, Hong Kong civil servants have been required to sign a declaration to pledge allegiance to the Basic Law and SAR government, and senior servants must take an oath.

According to Nip’s statement at the time, these were job entry requirements for new civil servants, and current government employees who refused to sign would be suspended from their post.

A Hong Kong resident surnamed Xin (a pseudonym) told The Epoch Times that her husband is a senior contract engineer for a government project, but he doesn’t plan to renew his contract when the project is completed. Xin said they plan to emigrate to the United Kingdom in the summer over concerns of her job as a media professional—she may inadvertently violate the national security law, causing trouble for everyone in the family, especially their children.

“Although it’s going to be a new environment, and there will be many unknowns after we leave Hong Kong, it’s still better than having our kids grow up in Hong Kong facing constant brainwashing at school,” Xin said.

A government employee who only gave her first name, Nicole, revealed to the publication that many of her colleagues have privately said that they didn’t want to sign the declaration. However, some employees received official notices, which requires them to provide a formal explanation for refusing to sign and warned of a disciplinary investigation and hearing if they insisted to refuse.

“We do not dare to openly express our views, as Hong Kong is no longer a safe place for free expression,” Nicole said. “Only pro-Beijing groups dare to comment on political affairs. I heard that the Hong Kong government started to check social media comments of all civil servants, getting ready to punish pro-democracy employees.”

Nicole said that she eventually gave in and signed the declaration. One of her colleagues also waited until the last minute to sign and has decided to emigrate to Australia or the UK soon.

Nicole noted that the number of employees leaving from their jobs this year is much higher than last year—the information was based on data that was posted on a bulletin board at her workplace. They are using various excuses to resign, such as early retirement or emigration, she said.

Nicole has decided to leave Hong Kong at some point, for the future of her children. But for now, she cannot leave the city because she has to take care of her parents.

“Hong Kong is a completely different place now. It has become a big prison, and anything crazy can happen in this city,” she said.