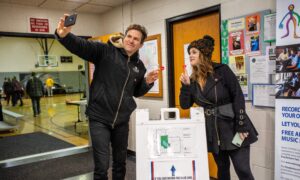 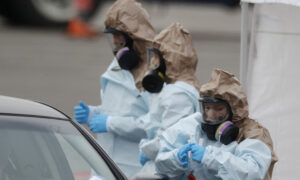 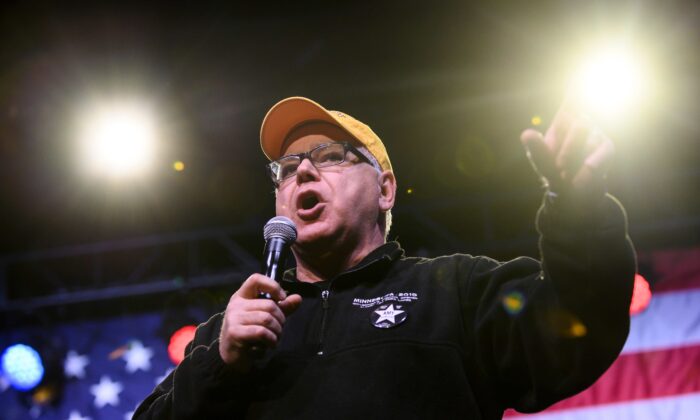 Hundreds of protesters gathered outside the St. Paul residence of Minnesota Gov. Tim Walz on April 17, calling for an end to the COVID-19 lockdown that was recently extended to May 4.

The “Liberate Minnesota” rally, estimated by police at about 800 protesters, was cheered by President Donald Trump and Republican leaders in Minnesota who have grown increasingly critical of record job losses and social anguish fueled by stay-at-home directives and business shutdowns.

Trump, in a series of tweets on April 17, called for freeing three states from implicitly excessive restrictions put into place by Democratic governors amid efforts to slow the spread of the CCP virus, commonly known as novel coronavirus.

At an April 17 briefing, Trump defended the tweets, saying some measures imposed by Minnesota, Michigan, and Virginia have been “too tough.”

A private Facebook group named “Minnesotans Against Excessive Quarantine” said politicians are “controlling our lives, destroying our businesses, passing laws behind the cover of darkness, and forcing us to hand over our freedoms and our livelihood!”

“What we are doing is working, Minnesota,” Walz said in an April 8 statement. “We are taking this seriously, and we are staying home. While Minnesota is showing lower rates of infections than our peers across the country, now is not the time to let up or allow that trajectory to change.”

The number of Minnesotans infected with the virus on April 17 climbed by 159 to 2,071, while 17 new fatalities raised the death toll to 111, the Minnesota Department of Health reported. As of April 17, 223 patients were hospitalized, with 106 of them in intensive care. So far, 1,066 patients have recovered.

April 17’s protest took place a day after Walz joined with six other Midwest governors on plans to reopen the state’s economy.

“We are doing everything we can to protect the people of our states and slow the spread of COVID-19, and we are eager to work together to mitigate the economic crisis this virus has caused in our region. … We recognize that our economies are all reliant on each other, and we must work together to safely reopen them so hardworking people can get back to work and businesses can get back on their feet,” the governors said in a joint statement.

Reopening would be driven by four factors, the governors said: keeping the rate of new infections and hospitalizations under control, being able to conduct more testing and tracing of contacts, having enough health care capacity to cope with a potential resurgence, and people observing social distancing guidelines in workplaces.

On April 17, Walz signed an executive order removing restrictions from a number of outdoor activities, including golf courses, shooting ranges, and marinas.

Walz said at a briefing on April 17 that he supports some of Trump’s guidelines for reopening the economy, adding that he supports the demonstrators’ right to protest, but criticized protesters for allegedly “advocating for really reckless behavior” and for not following social distancing guidelines.

“There’s death, and there’s problems in staying at home too. It’s not just, ‘Isn’t it wonderful to stay at home?’ They’re having—they’re suffering. This country wasn’t built on that principle; it was built on an exact opposite principle, actually,” he said.