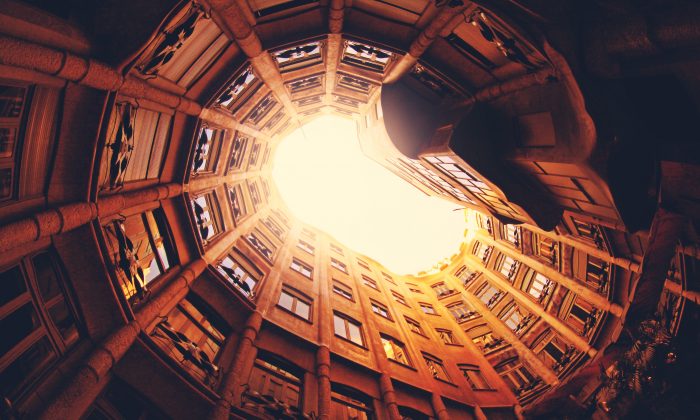 Apartment living may be cool compared to living with your parents or in the dorm but when you’re a full fledged adult it is a string of unpleasant surprises from noise and cooking odors to shadowy renters encouraged by Airbnb, sublets and no security deposit offers. Here are just some of the challenges presented by apartment living.

If you are lucky enough to own a car, you may need a shuttle—and a visa—to get from the building’s parking lot to your apartment’s front door. Good luck with your kitty litter and bags of ice. If the apartment has no off street parking, you will be working a second job known as circling the block looking for parking. Ditto for any friends who want to visit you.

Are you looking for a check in the mail or a package you ordered? Good luck finding them in the cascade of ad circulars, junk mail, and door hangers for free pizza delivery and cut-rate tune-ups in the apartment building’s doorway. And don’t forget the stack of phone books with spider webs on them left by people who think it is still 1997. Now will you see the Attempt-To-Deliver notice meant for you. (And why are apartment mail compartment five inches by two inches?)

Ready to do your laundry? The only thing worse than the “coin-op” washers and driers in the catacombs known as the laundry room in your apartment building is finding them broken. How about those fixed settings that you can’t change that either boil your delicate clothes during the wash cycle or produce no detectable heat during a drier cycle? Want a quick and morbid look at who your neighbors are? Take a peak at the lost and found box with its outsized, no one-could-wear-these garments. No, it is not Halloween.

It is not true that all apartments have cockroaches. Some have ants. The only thing worse than seeing dead cockroaches when you view an apartment is seeing live ones—especially if the building manager has told you they “spray.” That means that not only are you going to be exposed to pesticides, the live bugs you see have developed resistance. Cockroaches are sometimes euphemistically called water bugs and, down south, palmetto bugs. (The latter are also called the “State Bird” in Louisiana because they fly.)

It is a myth that the people who live above you in an apartment building play music 24/7. They also fight and move furniture—especially at night. They wear their street shoes and jump up and down, as do their ten friends, for no apparent reason other than they know you have an eight o’clock meeting in the morning. But just when you are swimming with indignation, the neighbor below you knocks on your door and tells you your music or footsteps are keeping him up. Yes—you are the noisy neighbor to the person below you.