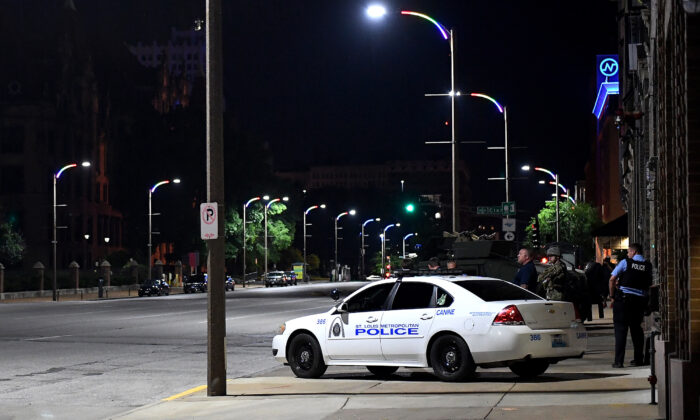 Missouri Attorney General Eric Schmitt’s office said on Feb. 6 the joint law enforcement operation was carried out at two St. Joseph truck stops and resulted in the rescue of five female victims, one male, and two children—a 2-year-old and an infant. Meanwhile, the effort also resulted in three arrests with additional arrests possibly to come.

“This operation was successful because of cooperation between my Office, the St. Joseph Police Department, the state highway patrol, the Buchanan County Sheriff’s Office, and 13 other agencies and departments. This unprecedented success should send clear a message to traffickers: you are not welcome in Missouri, and you can’t hide any longer,” Schmitt said.

Sixteen agencies participated in the operation, along with the attorney general’s office human trafficking task force, the release stated. The victims were provided with services such as medical, food, and lodging after their rescue.

A similar operation in the state was carried out in October last year, which resulted in the rescue of 10 women and three children under the age of 5. The investigation also led to five arrests.
Last October, Schmitt announced the launch of the Hope Initiative, a Missouri operation to crack down on human trafficking. According to his office, the initiative aims to create obstacles for organized crime groups to run illicit massage businesses in the state. The initiative is expected to reduce the number of illicit businesses as well as prevent potential victims from being recruited for the state of Missouri, according to the attorney general’s website.
Since its start, the initiative has resulted in 16 illicit massage businesses being shut down as of December; the evictions of an additional 16 businesses are pending.
Similarly, the federal government has also been prioritizing its fight against human trafficking. Former President Donald Trump’s administration said in September that it had awarded more than $100 million in grants to fund services and programs targeting human trafficking and to fund those providing assistance to trafficking victims across the United States.

About 24.9 million people around the world and in the United States, both adults and children, are trapped in some form of human trafficking, the White House has said, while about one in 800 people in the United States are living in “modern slavery,” according to 2018 data by the Walk Free Foundation. The phrase is a broad term used to describe victims of forced labor, sexual exploitation or servitude, and forced marriages, among numerous other abuses.