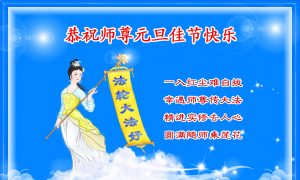 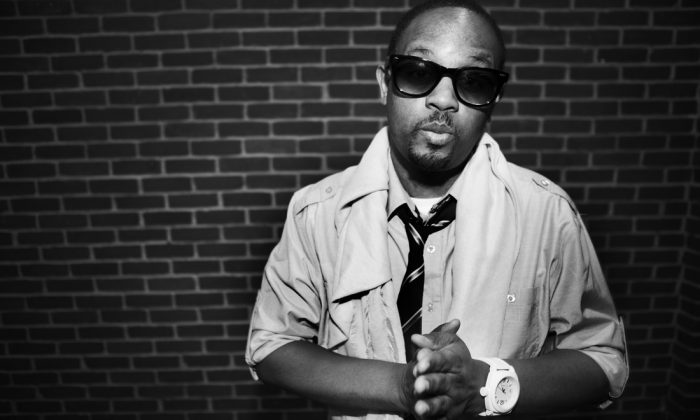 On the outside, The Metropolitan has a rough industrial look. My protective husband made me promise to call him when I left and ask someone to walk me to my car. I crossed the formerly notorious McDaniel Street, which in the 1990s was known as a dangerous place. Now one sees green shoots—artists and entrepreneurs in what was once blighted. On a foggy winter night, a big set of windows showed a brightly painted wall with a row of African stringed instruments. The warehouses hosted an artists’ market and multiple small businesses and startups. Young people stood on some of the balconies. Music flowed from Mudnoc Recording Studios. Mudnoc himself, an Atlanta producer, sat at a sound board wearing headphones. He looked deeply engaged.

It was a listening party for a new album from Rise-Ascend & Direction, Jamil Lawrence. Host Aton Forest said that the rapper has been creating two to four new songs each week. He feels a sense of urgency to tell people about the goodness of Falun Gong, a peaceful meditation practice. It has been severely persecuted by the Chinese Communist Party since 1999. He wants people around the world to know about the ongoing human rights crisis, and to know about the long-term, peaceful, nonviolent perseverance of Falun Gong practitioners in China.

The Washington, D.C.-based artist is an attorney, who already had a following as a rapper before he began practicing Falun Gong. He said in a video on his website that he wanted to bring a purely positive and uplifting message into hip-hop, and he did.

Forest, also an artist,  devotes himself to promoting the music, but he deflected praise for his effort. He said he works hard to support Rise-Ascend’s music because it carries a meaning that is good for people to hear. He does it for them, not for Rise-Ascend, and not for fame.

In a lyric, Rise Ascend expressed the same commitment:

He wrote “We are so very thankful for everyone in Atlanta, Georgia, that came out to the 2nd Music to Stop The Persecution Listening Party last night! The event was a success and those who joined us enjoyed an intimate and welcoming environment while listening to our latest albums: “Songs From The Heart” and “Hurry Up Tell The World 2.”

Inside the sound studio, pictures of black artists, musicians, and historic figures covered nearly every surface. There was hot tea and warm conversation. There were plush red sofas, and an elusive but moderately friendly gray cat. The vast, well-equipped sound studio seemed like a good spot to celebrate Black History Month, since Rise-Ascend and his promoter, Forest, are making a new history.