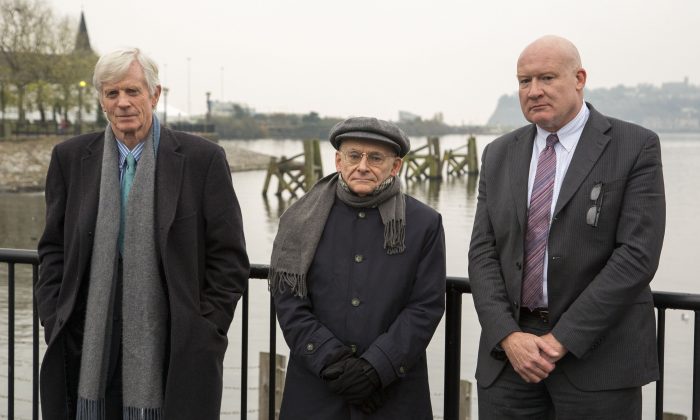 David Matas, a longtime human rights lawyer, David Kilgour, a former prosecutor and Canadian Member of Parliament, and author and investigative journalist Ethan Gutmann have estimated that Chinese hospitals perform between 60,000 to 100,000 organ transplants each year.

The killing of Falun Gong practitioners, Muslim Uighurs, Tibetan Buddhists, and Christians are the only “plausible explanation” for the sources of the organs, they argued. Falun Gong, also known as Falun Dafa, is a traditional Chinese meditation practice that became popular in China in the 1990s before July 1999, when the Chinese Communist Party started a campaign to eliminate it.

In June, Kilgour, Matas, and a small team of researchers released a new report titled “Bloody Harvest/The Slaughter: An Update.”

“The ultimate conclusion of this update, and indeed our previous work, is that China has engaged in the mass killing of innocents,” Matas said at the time.

In July, the U.S. House of Representatives unanimously passed H.Res.343 that noted “persistent and credible reports of systematic, state-sanctioned organ harvesting from nonconsenting prisoners of conscience in the People’s Republic of China.”

“This legislation is an important step in bringing accountability and transparency, to maybe one of the great crimes of the 21st century: the 17-year effort to eliminate [the] Falun Gong practice from China,” said Rep. Chris Smith (R-NJ), a co-sponsor of the resolution. “I strongly believe that the campaign to eradicate Falun Gong will be seen as one of the great horrors.”

According to the AP report, some 200 Falun Gong practitioners demonstrated outside the House of Parliament in Canberra on Nov. 21.

Matas and Kilgour on Nov. 21 also addressed a meeting of legislators from several Australian political parties. Government lawmaker Craig Kelly told AP that he will try to pass a motion in parliament that condemns forced organ harvest, with a draft calling on the Chinese regime to stop the practice right away.