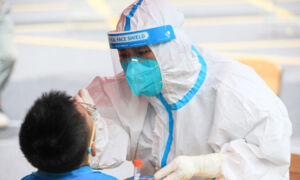 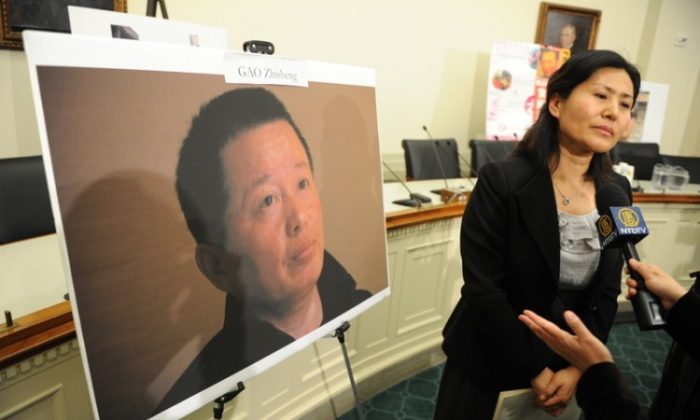 Renowned human rights lawyer Gao Zhisheng is being held by authorities Beijing, his brother finally learned after a stressful three weeks of not knowing what had happened to his high-profile brother.

Gao disappeared from his home in Shaanxi province on Aug. 13, where he’d been living under house arrest. For three weeks, nobody had any contact with him and several family members, including his elder brother, Gao Zhiyi, were summoned by police.

On Sept. 6, Gao Zhiyi learned that his brother was in Beijing.

“I have news now. He was taken to Beijing. So he is definitely in [the Chinese regime’s] hands. We don’t know about the rest. That’s all we know,” Gao Zhiyi told Gao’s wife, Geng He, who currently lives in California.

Geng He confirmed the news with NTD TV on Sept. 6.

According to Geng, her brother-in-law said he “learned the news through inquiry.”

Gao’s arrest comes ahead of the 19th Communist Party Congress in October, which is always an extra sensitive time for the ruling Communist Party in China. Spikes in arrests are common in China preceding events or anniversaries deemed sensitive by the communist regime.

Gao was once lauded by the Chinese Ministry of Justice as one of China’s top 10 lawyers. Gao, a Christian, ran afoul of the communist regime when he began providing legal aid to practitioners of Falun Gong—the largest spiritual community being persecuted in China.

Gao has been nominated three times for a Nobel Peace Prize, and is often referred to as “China’s conscience.”

Chinese security forces first stepped up their surveillance of Gao after he penned open letters to the top Chinese leadership to condemn the persecution. He was formally arrested the first time in 2006.

Gao spent the next eight years in and out of prison, where he was tortured in the same manner as Falun Gong practitioners—including sleep deprivation, brutal beatings, physical abuse with electric batons, and having his genitalia pierced with toothpicks.

In 2014, Gao was released from prison, but was placed under house arrest.

Gao’s teeth became loose due to the many years of torture, but he has been prevented from seeking medical treatment making it difficult for him to eat solid food over the last three years.

“The Chinese regime must ensure that Gao is in good health. During the period Lawyer Gao is missing, we demand [the CCP] to allow Gao to have good health, including teeth treatment and a health checkup,” Hu Jia told NTD TV.

“Peng Ming died in prison and his organs were extracted,” the Sept. 3 tweet said. “Liu Xiaobo, Huang Qi and Yang Tianshui were terminally ill in prison but were not allowed to seek medical treatment. We have reason to be concerned for Gao’s safety and the possibility of similar things happening to Gao. We call on human rights organizations to continuously pay attention to Lawyer Gao Zhisheng, and urge the Chinese Communist regime to kindly treat Lawyer Gao and his supporters in China.”