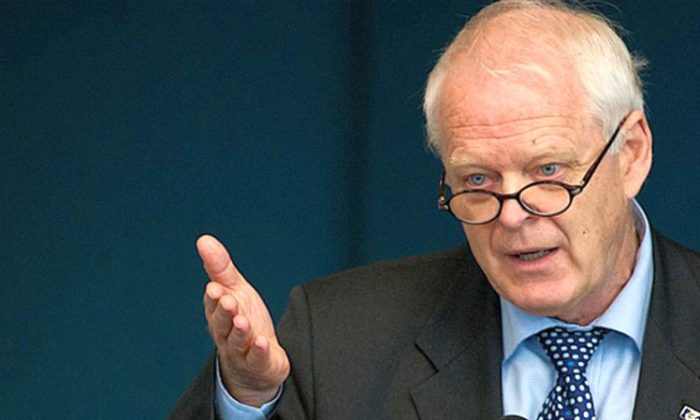 Human Rights for Elderly in an Aging World

GOTHENBURG, Sweden—The number of elderly in the world is expected to double in the next 40 years. Protecting the human rights of the elderly is a growing concern internationally.

Older people are typically hit hard by cutbacks during recessions, and often find it very difficult to find jobs once they become unemployed.

“The situation is grave, especially for older women in Eastern Europe,” said Thomas Hammarberg, who was the Council of Europe Human Rights commissioner 2006–2012. He has visited 47 European countries and surveyed the living conditions of the elderly.

“Many are reduced to begging in the streets. It is a matter of survival. I dare hardly think about what the situation will be for Greeks who retire,” Hammarberg said.

He shared his insights at the Swedish Forum for Human Rights held recently in Gothenburg. According to Hammarberg, political parties generally do not feel it is to their benefit to put the rights of older people high on the agenda. He says the elderly must have a voice in government.

Hammarberg praised as exemplary the measures in place in Gothernburg to protect human rights for all.

A regional committee for human rights issues supports the development of systematic human rights work at a county and municipal level. It is the first committee of its kind, and it consists of elected officials and public servants.

Jan Tarneby works for the committee, which covers the southwest region of Sweden, where Gothenburg is located. Tarneby said that society tends to work in closed circuits, where, for instance, child care is one thing and care for senior citizens is something else. He thinks that it is wise to bring these different sectors together under the umbrella of a human rights perspective.

“We talk about intersectionality,” Tarneby explained. “I’m a father, but also a husband, a 62-year-old, an amateur musician, and an asthmatic. When I go to the doctor, I tend to be reduced to ‘Tarneby the allergy patient,’ but I’m so much more than that.”

Elderly people are often seen as a homogenous group, when in reality they have very diverse needs and wishes. Some want to remain active in society and work, study, or do volunteer work. However, many become socially and politically marginalized, with weakened social networks, poor political influence, and no voice in the media.

Internationally, some work has already been done toward surveying the needs of the elderly. On Oct. 1, the International Day of Older Persons, umbrella organization Help Age International released the report “Ageing in the Twenty-First Century: A Celebration and a Challenge,” together with the United Nations Population Fund. The report reviews policies and actions taken by governments and organizations over the past decade with regard to aging.

The report defines “older persons” as being over the age of 60. According to that definition, there are over 1 billion older persons in the world, and this figure is expected to double by the year 2050. The biggest growth in this age category will occur in developing countries.