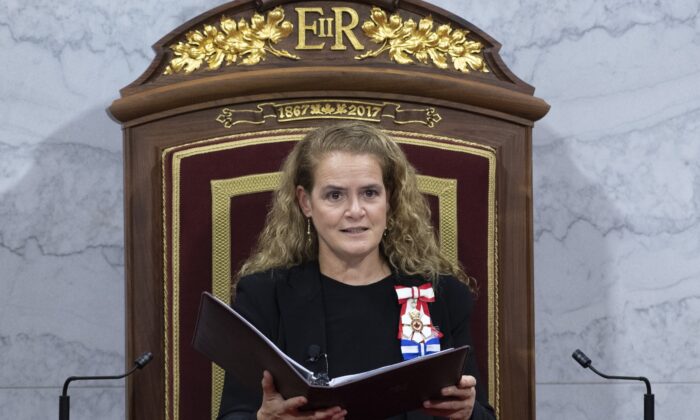 Human rights defenders, philanthropists, and public health scientists are among the 61 individuals whose innovations and contributions to Canadian society are recognized with the appointment to the Order of Canada.

Gov. Gen. Julie Payette announced the appointees to the country’s highest civilian honour on Dec. 30. The order recognizes these people as those who “have changed our nation’s measure of success and, through the sum of their accomplishments, have helped us build a better Canada.”

The Order of Canada, since its creation in 1967, has accrued 7,000 awarded members whose achievements are recognized at three-levels: Companion, Officer, and Member. The latest announcement includes 1 Companion, 13 Officers, and 47 Members.

Robert Steadward is a retired sports scientist and pioneering leader in disability sports. He is recognized for his dedication and creation of the modern Paralympic Games. Steadward is now promoted as a Companion, the highest level of the order, after being appointed an Officer in 1998.

“When I got this little email that I’m supposed to call someone in the [Governor General’s] office, gosh, I felt like I was at school again being called to the principal’s office,” Steadward told CBC.

“Your heart races, your mind starts to wander, and you just try to think what, why, when and where and all of that. So it really was a very special moment in time for me.”

Robert Krell is Professor Emeritus of Psychiatry at the University of British Columbia in Vancouver. As a child survivor of the Holocaust, Krell was devoted to treating other survivors and their families, and contributed to our understanding to mass ethnopolitical violence.

Krell founded the Vancouver Holocaust Education Center, which opened in 1994 and has since engaged and educated 25,000 students and teachers annually.

Douglas R. Stollery is awarded as a Member for his “wide-ranging contributions to Canada’s legal landscape, for his defence of human rights, and for his broad community involvement.”

Stollery served as the President of the Alberta Branch of the Canadian Bar Association and is a dedicated member of a number of non-profit organizations including the Stollery Children’s Hospital Foundation, the Stollery Charitable Foundation, and the Stephen Lewis Foundation.

Philanthropy in Time of Crisis

The Molson family is known for their generations of charity work. Their philanthropy and contributions to Canadian education, health, and business sector are recognized in the tumultuous 2020, with two members of the family accepted as Members of the order.

“Canada was hunkering down and bracing ourselves with what was before us and institutions like our family foundation had to be there,” said Andrew Molson, the head of the Molson Foundation, according to the Canadian Press.

“We were flexible and open-minded about what the institutions that we support were going to do during these really tough times.”

Andrew’s brother, Geoff Molson, who is the CEO of the Montreal Canadiens, is also appointed to the Order of Canada for his community work.

“We have a big responsibility to maintain an important name in the country and that could be through business, community, or society in general,” Geoff Molson said. “As long as we continue to do that, the name will remain important in our country.”

The Molson Foundation mainly focus on giving gifts, grants, and donations to hospitals and universities and colleges. In 2019, the foundation’s combined expenses spent on charitable activities and programs, and gifts to registered charities was roughly $11,266,608, according to Charitable Impacts.

The full list of the Order of Canada appointees can be found here on the website of the Governor General of Canada.