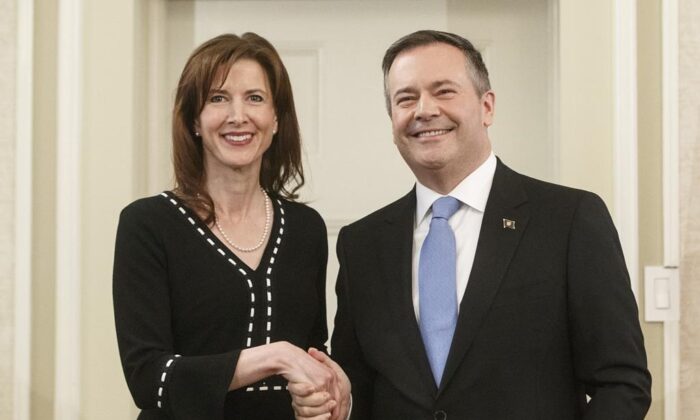 In its latest measure aimed at cutting bureaucratic red tape, the Alberta government says it is targeting issues such as streamlining access to the human rights commission and updating policies that govern the recreational sector in an effort to boost local businesses.

Bill 80, the Red Tape Reduction Implementation Act, 2021 (No. 2), is the fifth instalment of the United Conservatives’ plan that it says is meant to energize the economy and provide better access to services.

Tanya Fir, Alberta’s associate minister of red tape reduction, says the province’s previous measures have led to an over 18 percent reduction in red tape with the goal of reducing a third overall.

“This means that we have eliminated about 122,000 regulatory requirements so far, saving Albertans and their businesses over $1.2 billion,” she said on Nov. 4.

In an interview with The Epoch Times, she said that for economic recovery in the COVID context, “reducing the red tape are really small actions that can have wide-ranging and large benefits, basically for all Canadians, not just Albertans.”

The opposition NDP said the provincial government’s efforts should be directed at “cutting the red tape that is keeping COVID-19 emergency financial support out of the hands of small businesses.” Chris Nielsen, NDP’s critic for red tape reduction, added that the health minister should ensure that any changes made to health acts under red tape reduction efforts would not lead to the introduction of health-care premiums.

The Epoch Times reached out to the NDP to get further comments on their requests but didn’t hear back by publication time.

One of the nine measures contained in Bill 80 seeks to facilitate access to the Alberta Human Rights Commission. Fir said the body needs to address complaints more quickly.

“The commission plays a crucial role in making sure all Albertans are treated fairly and equally. It’s time we made it easier and faster for Albertans to have their human rights affirmed and upheld,” she said.

Other amendments brought by the bill relate to improving the clarity of the Alberta Health Care Insurance Plan and facilitating the government’s management of mineral resources by making it easier to replace designated representatives.

The bill also has measures targeting the recreational sector. One measure would allow municipalities to create entertainment districts where alcohol can be consumed outside business premises, in a move to help boost local revenues.

“The [government of Alberta’s] legislation change to allow municipalities to create new ‘entertainment districts’ could be a great opportunity to increase tourism to Edmonton and to increase visitor traffic and spending within smaller, specific entertainment-focused areas within districts like our downtown,” McBryan told The Epoch Times.

“It’s critical that these decisions get made at the local level, between BIAs [Business Improvement Areas] and the municipality, so it’s important for people to know that the [government of Alberta] won’t actually be deciding where these districts are.”

Another recreational amendment involves allowing homemade beer, wine, and cider to be served at private non-sale special events such as weddings and family reunions. That said, it will remain illegal to make moonshine.

And there is still some amount of red tape if you want to share your red wine, with the new proposed rule requiring that “the liquor is being served at an event authorized by a special event licence and no liquor is being sold at the event.”

In an opinion piece published in the Calgary Herald on Nov. 1, Wittevrongel focuses on one aspect of Alberta’s reduction of bureaucratic hurdles that could be important in the context of labour shortages.

She mentions Bill 49, the Labour Mobility Act, introduced on Oct. 25, which stipulates that the authorities have a maximum of 40 days to process the credentials of workers already certified elsewhere in Canada.

“The bill is expected to attract skilled workers by streamlining and standardizing these processes,” she wrote.

Wittevrongel also noted that the processing time and regulatory hurdles faced by skilled workers add to the migration costs, which “ultimately serve as barriers to interprovincial trade,” and that “eliminating trade barriers is low-hanging fruit that every province should pick” to further economic recovery.

Editor’s note: An earlier version of this article misquoted the comments of Puneeta McBryan, executive director of the Downtown Business Association of Edmonton. The Epoch Times regrets the error.