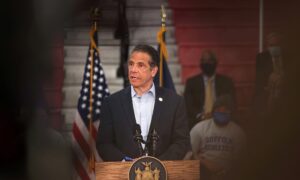 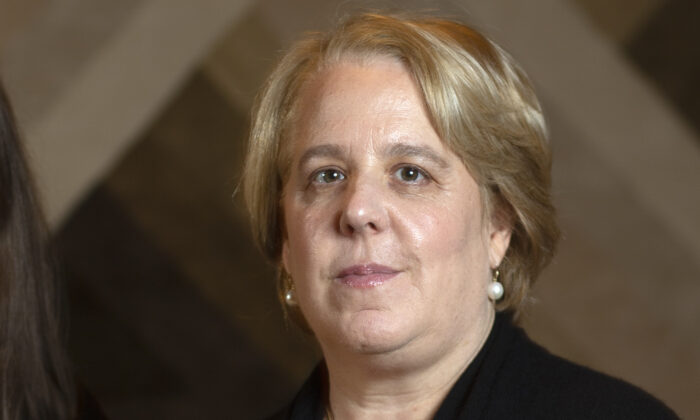 Two organizations are caught in the wide fallout from the investigation into New York Gov. Andrew Cuomo’s alleged sexual misconduct, including a group that pushes for changes they say will help prevent sexual harassment and assault.

Roberta Kaplan, the chairwoman of that group, Time’s Up, on Monday stepped down from her position.

The Human Rights Campaign, the other group, tapped an outside law firm to investigate its president, Alphonso David.

Both Kaplan and David were mentioned in the 168-page report investigators appointed by New York Attorney General Andrew Cuomo produced last week. Investigators said they substantiated claims by 11 women that Cuomo sexually harassed or assaulted them, or both.

Kaplan was involved in vetting a letter that was drafted in response to one of the women, Lindsay Boylan, going public with her allegations, according to the report. She was later hired by Melissa DeRosa, Cuomo’s top aide, who announced her resignation late Sunday after being described as deeply involved with fighting back against the female accusers.

Kaplan and Time’s Up’s board said in a joint statement that the group’s mission is “to help accelerate change” and that most of the board and a significant portion of the staff have been sexually assaulted or harassed.

“We hold ourselves accountable. The events of the last week have made it clear that our process should be evaluated and we intend to do just that. We need more transparency about our vision of change-making, and we need a more inclusive process to engage the broader survivor community, many of whom have spent years doing the noble work of fighting for women,” they said.

“Robbie Kaplan, board co-chair, has stepped down from the board. We and she agree that is the right and appropriate thing to do. Our staff does incredible work and contributes to change every day. So we are counting on our sisters and allies not to lose sight of the broader work or let a man’s treachery overshadow it in any way. We do not ask for a pass. We ask for perspective,” they added.

David, meanwhile, was consulted about whether allegations from Charlotte Bennett, another woman who said Cuomo harassed her, should be reported to Governor’s Office of Employee Relations (GOER). A senior staffer, after consulting David, decided not to report the allegations, “even though the policy on its face required that any supervisor who becomes aware of conduct of a ‘sexually harassing nature’ must report it to GOER,” investigators said.

David, a former counsel to Cuomo, also told Boylan in January 2018 that she had not been subject to sex discrimination, harassment, or retaliation, investigators said.

Morgan Cox and Jodie Patterson, chairs of the Human Rights Campaign, said in a joint statement that David’s inclusion in the report “is very concerning.”

They directed the retaining of an outside law firm, Sidley Austin LLP, to conduct an internal investigation.

The Human Rights Campaign is described as promoting equality for gay, lesbian, queer, and trans people.

David said in a note to staffers that the report’s descriptions of his involvement were inaccurate, making the review that’s set to be conducted important.

“Incidents like these trigger the experiences of other survivors, including some in our own HRC family,” he said. “I deeply empathize with all survivors and understand how these types of events can perpetuate their own traumas. What the Governor is accused of doing is reprehensible and antithetical to our values and all that we fight for. I have called for his resignation and reiterate that call today.”