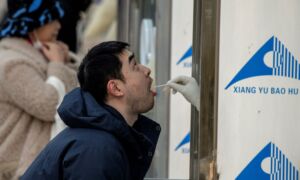 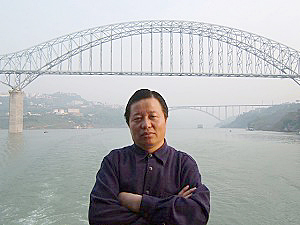 On September 21, Chinese human rights attorney Mr. Gao Zhisheng published an open letter to the United States House and Senate to call for their attention to the steadily worsening human rights violations in China ahead of the 2008 Beijing Olympic Games. According to an undisclosed eyewitness, China's secret police took Gao away from his home in Beijing on September 23. The present condition of Gao and his family is unknown.

An eyewitness saw the Chinese authorities remove Gao from his home on September 23, Beijing time. Currently no one is able to establish contact with Gao or his family.

In December 2006, Beijing accused Gao of subversion and sentenced him to three years in prison with five years' probation. In addition, Gao was divested of his political rights for one year. Since his release, Gao and his family have been under house arrest. To protest the Chinese regime's constant surveillance and repeated humiliation of his family, including 3-year-old son and 12-year-old daughter, he exposed the Chinese Communist regime's long-term persecution of his family and himself through the help of his friend Hu Jia.

For a brief period of time, Beijing relaxed its watch on Gao. A large number of concerned citizens and human rights activists took the opportunity to report to Gao a huge number of human rights violations that the Chinese Communist regime has committed in the name of 2008 Beijing Olympic Games (the regime is increasing its arrests and detentions of any persons or groups it fears will “disrupt” the Games by calling attention to the Communist Party's crimes against humanity.)

Gao repeatedly violated the “gag order” imposed by the Chinese Communist regime by speaking out for his friend Hua Jia, a fellow human rights activist constantly under house arrest, as well as veterans that were beaten to death by the Chinese authorities when they exercised their constitutional right to appeal to the State Appeals Office.

In addition, Gao issued an open letter to the U.S. House and Senate, in which he strongly condemned the Chinese Communist Party for its cruel suppression on the Chinese people in the name of the 2008 Beijing Olympic Games.

Before publishing the open letter, Gao said that he knew what the consequences would be for his family and himself. Gao is prepared to face jail again, as long as it helps the Chinese people.

Gao is asking international society to pay attention to the human rights disasters in China resulting from the 2008 Olympic Games.