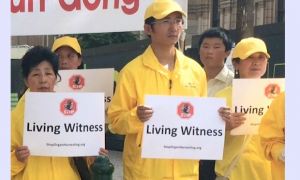 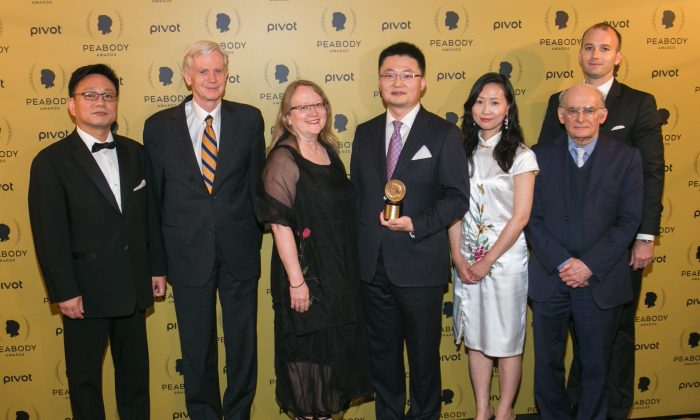 Producer and Director of 'Human Harvest' Leon Lee (fourth from R) holds his award along with his guests during the 74th Annual Peabody Awards Ceremony at Cipriani Wall Street on May 31, 2015 in New York City. (Benjamin Chasteen/Epoch TImes)
Entertainment

Reports first emerged in China in 2006 that state-run hospitals were killing prisoners of conscience to sell their organs. “Human Harvest” examines the investigation into these shocking revelations, carried out by Nobel Peace Prize nominees David Matas and David Kilgour.

Researchers estimate that secretive organ seizures from live prisoners in China have taken tens of thousands of lives.

Unfortunately, the trails of evidence out of China led the researchers to verify what they are now calling a new form of evil in the world. They estimate that secretive organ seizures from live prisoners in China have taken tens of thousands of lives.

Now in their 74th year, the Peabody Awards honor excellence in quality by American radio and television stations, networks, online media, producing organizations, and individuals. This year, 40 winners were selected from over 1,200 entries.