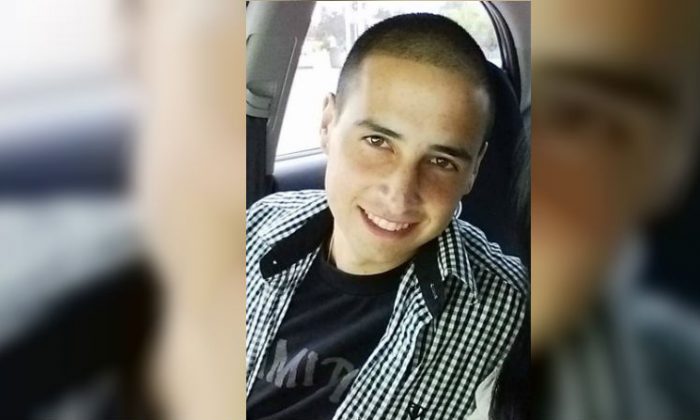 A human foot found on New Year's Day has been identified as belong to Antonio Neill who has been missing since 2016. (Snohomish County Sheriff's Office)
US News

A human foot found washed up on an island in Washington belonged to a man that had been reported missing since 2016, police said in a statement.

The Snohomish County Medical Examiner identified the foot that was inside a boot as belonging to Antonio Neill, who is now presumed dead. Neill was 22 years old at the time of his disappearance.

The foot, which appeared to have been in the water for a long time before washing up on shore, was discovered on New Year’s day by beachgoers who were walking along Jetty Island, reported KOMO News. The island is located 30 miles north of Seattle.

Neill was reported missing on Dec. 12, 2016. At the time he was described as homeless, with a history of depression. His 2000 Volkswagen Jetta was found a short time after he disappeared, according to the news station.

The examiner office said they have yet to determine the cause and manner of death. Neill’s mother, Jenny Neill, said she suspects foul play.

“I think he was murdered and disposed of,” she told KOMO News.

She told Q13 Fox that she needs the public help to bring justice to her son.

“Antonio does not deserve to have no answers and neither does his family,” she told the news station.

Detectives are still investigating the case and are conducting searches of the area where the remains were found.

Since 2007, at least 14 human feet have been found washed up on beaches in western Canada. Most of these remains are found inside boots or sneakers. Authorities do not believe foul play is involved in any of the cases or that the cases are linked. They believe the deaths are due to suicides or drownings, reported Radio Canada International.

Why do human feet keep washing ashore in the Pacific Northwest? 😱 This article unravels the mystery.https://t.co/aG5oHxK2VG pic.twitter.com/wj1A5ah5uH

The latest of these grisly discoveries was in May 2018, where authorities said a man found “a disarticulated human foot inside a hiking boot” lodged between logs.

According to the radio station, the foot naturally separates from the body when a body decomposes. As the foot is protected by modern materials, from the shoes, it acts as a floatation device allowing it to make it to shore.

Some of the remains found have been identified as belonging to people who were reported missing.

Anyone with information about Antonio Neill’s disappearance is asked to call the Sheriff’s Office anonymous tip line 425-388-3845.