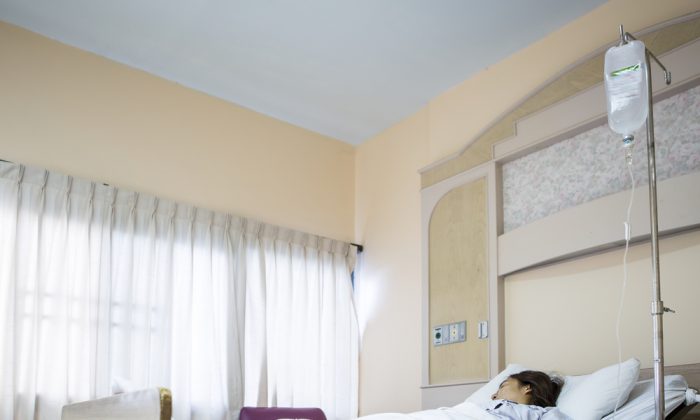 Experts are saying the mysterious illness that’s sweeping across Colorado is the human enterovirus 68, which is related to the rhinovirus.

The latter causes the common cold.

The cases started in Colorado but have been reported across at least 10 states, including Kentucky, Illinois, Ohio, North Carolina, Georgia, and Missouri.

The most cases still appear to have happened in Denver, where one hospital–the Children’s Hospital–has seen almost 1,000 patients coming in between August 18 and September 4 and showing symptoms of the disease.

Of those, 86 were admitted and some of those ended up in the intensive care unit.

Dr. Christine Nyquist, a pediatrician at Children’s Hospital Colorado, told the Denver Post that the hospital is filling up quickly.

“We’ve been seeing a very high volume in our ER, ICU and among hospitalized patients. The hospital is very, very full,” she said. “Kids are getting (the virus) and having asthma complications.”

She added to ABC the virus usually ends up appearing similar to a severe cold but can be particularly dangerous for children with asthma because of how it affects the respiratory system.

“The kids are coming in with respiratory symptoms, their asthma is exacerbated,” Nyquist said. “Kids with no wheezing are having wheezing.”

Parents should be extra careful and make sure kids do basic sanitary practices such as washing hands and covering the nose while sneezing or coughing. Health departments are recommending also to avoid kissing, hugging, and sharing utensils and cups with people who are sick and stay home when feeling sick as opposed to goign to work.

William Cornejo, a 13-year-old moderate asthmatic, was one of five children whom physicians put on a ventilator this week., the Post reported. His mild cold symptoms developed overnight into a life-threatening illness Wednesday.

“Tuesday evening he had a little cold,” said his mother, Jennifer. “He’s a pretty moderate asthmatic. He’d never gone to the hospital for it since he was 2. I just never dreamed that we needed to go to the hospital.”

Cornejo wasn’t getting better despite treatments of albuterol, which is used to treat asthma symptoms, and he became unresponsive, prompting Cornejo to try to call the doctor.

“His lips were blue. He was white as a ghost,” Cornejo said. “I turned him over, and his eyes were rolling back in his head. He was completely limp. But he was still breathing. I called 911.”

Cornejo eventually recovered but he was scared.

“I remember thinking I was going to die,” he told CBS. “Yesterday I felt like I couldn’t breathe at all.”

For kids with asthma, make sure inhalers are easily accessible and that there’s a backup plan if it gets worse due to the virus.

“Make sure [parents] talk to all their caregivers about what to do if [the child has] an asthma attack and where to go if they need help,” said Dr. Raju Meyappan, a pediatric critical care physician. “I think having a game plan in place helps.”

Treatment recommendations include vaccines for flu and pertussis or whooping cough.