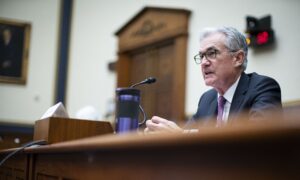 If you haven’t yet heard of Hulu, you will soon. The latest comScore data shows that Hulu  increased its monthly audience by 20 percent in March over the prior month and surpassed Yahoo! to become the third-largest video site on the web.

Hulu, a joint-venture of NBC Universal, Inc. and News Corpopration, is a Web site that offers commercial-supported streaming of TV shows, movies, and video clips.

The comScore data tracks total number of videos viewed on the Internet. Google properties once again led all sites with 5.9 billion videos viewed (41 percent of the market), followed by Fox Interactive Media (3 percent) and Hulu (2.6 percent).

New Kid on the Block

Hulu was launched in early 2008 with an ad on NBC’s Super Bowl XLIII and allows viewers to watch—for free—segments, TV shows, and movies from NBC, Fox, Comedy Central, PBS, the Sci-Fi Channel, Sundance, and more than a hundred other networks.

Some analysts believe that Hulu is a worthy challenger to Google Inc.’s YouTube Web site mainly due to its professionalism and full-length features. All of Hulu’s clips and shows are produced by major networks and are familiar to TV viewers, whereas YouTube primarily features short clips by amateurs. The result could mean more premium ad dollars for Hulu.

Indeed, while Hulu only accounted for 2.6 percent of videos viewed according to comScore, its audience made up almost 5 percent of all minutes spent watching videos online—a direct result of Hulu’s inventory of full-length TV programs and movies.

YouTube recently announced a new section of its Web site that features content from professional providers such as Disney, Sony Pictures, MGM, and CBS.

In a research note, Credit Suisse analyst Spencer Wang earlier this month estimated that YouTube will lose around $470 million this year due to lower ad revenues offset by high bandwidth costs.

And those aren’t easy relationships to balance. On one hand, Hulu must consider the interests of its content providers, the big networks and the movie studios, while looking at the needs of its audience—their demand for free and relevant content as well as a clean and uncluttered user interface.

Kilar called the company unusually “autonomous” when it comes to its relationship with the content providers. Although YouTube has the viewership advantage, Hulu is currently the closest thing to live TV the Internet has to offer.

Earlier this year, Hulu reached number three on the Fast Company 50 list, the magazine’s annual ranking of the nation’s 50 most innovative companies.

Currently, Hulu only slots two minutes of commercial time for every 30 minutes of programming—far less than television. But some say that may change as the site becomes more popular.

“This is really a disruptive business, and it’s not for the faint of heart,” Kilar said in the Tech Ticker interview.