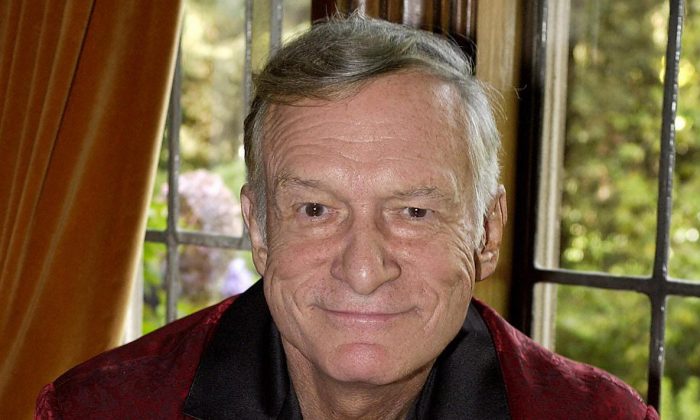 Hugh Hefner attached a condition to his trust that only family members that aren’t drug addicts or alcoholics can reap their share of his fortune.

“If the trustees reasonably believe that a beneficiary of any trust routinely or frequently uses or consumes any illegal substance so as to be physically or psychologically dependent upon that substance, or is clinically dependent upon the use or consumption of alcohol or any other legal drug or chemical substance that is not prescribed by a board certified medical doctor or psychiatrist in a current program of treatment supervised by such doctor or psychiatrist, and if the Trustees reasonably believe that as a result the beneficiary is unable to care for himself or herself, or is unable to manage his or her financial affairs, all mandatory distributions to the beneficiary, all the beneficiary’s withdrawal rights, and all of the beneficiary’s rights to participate in decisions concerning the removal and appointment of Trustees will be suspended.”

"In my wildest dreams, I could not have imagined a sweeter life." – Hugh M. Hefner 1926 – 2017 Remembering Hugh Hefner- cultural visionary and social activist.

But the document also allows the family member’s privileges to their inheritance to be reinstated if other recipients think that the family member in question has ceased their substance abuse for 12 months. Family members can also request drug testing and treatment for any other family member at any time.

The Playboy founder died on Sept. 27 from cardiac arrest at the age of 91. Secondary causes of death include respiratory failure, septicemia, and a drug-resistant form of E. coli of undetermined origin, according to his death certificate as obtained by ET.

Hefner leaves behind a wife and four children. Hefner married his third wife, Crystal Harris, in 2012, People reported. He was 60 years older than her. Hefner has a daughter and son, both in their 60s, from first wife, Mildred Williams. Hefner and Williams married in 1949. Hefner’s younger two sons, both in their 20s, are from his second marriage, with Kimberly Conrad. Conrad was former Playmate of the Year, according to Business Insider.

According to People, Hefner was skeptical of marriage after his first two failed. That could have contributed to his promotion of the playboy lifestyle and his dating multiple women at the same time over the years. But he changed his mind about marriage after meeting Crystal.

“I do think there is a certain reality to the fact that people start to take one another for granted [over time],” Hefner told People. “But I just simply found myself in a relationship with Crystal in which I felt, quite frankly, the opposite seemed to be true—that the more committed to one another we were, the closer we got, and the more we loved one another, and I just think this one, for me, will be the exception to the rule.”

According to Business Insider, Hefner’s oldest child, daughter Christie, served as president, then CEO, of Playboy Enterprises before stepping down in 2009. His youngest son, 26-year-old Cooper, is chief creative officer at Playboy. Second youngest son Marston grew up in the Playboy Mansion for the first eight years of his life. On his Twitter account he says he is a writer and gamer. Hefner’s second oldest child, David, is somewhat a mystery and has stayed out of the public eye.