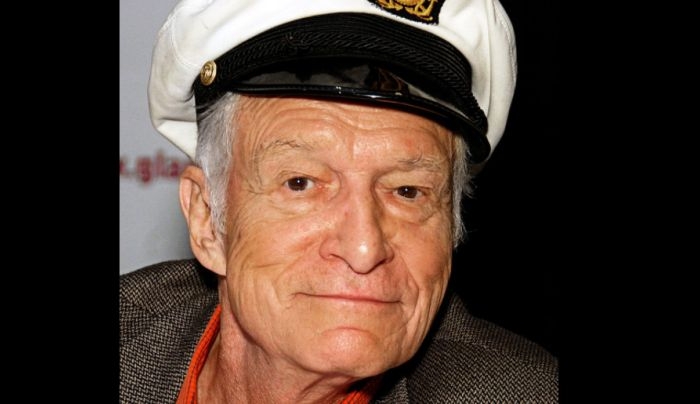 Hugh Hefner’s Cause of Death Revealed

Playboy founder Hugh Hefner, known for his groundbreaking men’s magazine and building a business empire around his libertine lifestyle, died on Wednesday at the age of 91, Playboy Enterprises said.

According to MailOnline, he died of natural causes in the Playboy Mansion, Playboy Enterprises said. He sold the home for $100 million in 2016, but under the condition that he could still live there. He will be buried in a Los Angeles cemetery plot next to Marilyn Monroe’s grave. He bought the plot in 1992 for $75,000.

In the final years of his life, he rarely made public appearances and was seen using a walker. His son, Marston Hefner, 27, shared a photo of him in 2017 playing backgammon.

Hefner, once called the “prophet of pop hedonism” by Time magazine, peacefully passed away at his home, Playboy Enterprises said in a statement.

“I‘m never going to grow up,” Hefner said in a CNN interview when he was 82. “Staying young is what it is all about for me. Holding on to the boy and long ago I decided that age really didn’t matter and as long as the ladies … feel the same way, that’s fine with me.”

That philosophy came to life at the legendary parties in his mansions—first in his native Chicago, then in Los Angeles’ exclusive Holmby Hills neighborhood—where legions of male celebrities went, Reuters noted.

Hefner faced obscenity charges in 1963 for publishing and circulating near-nude photos of actress Jayne Mansfield, but he was acquitted.

Hefner proved to be a genius at branding. The magazine’s rabbit silhouette became one of the best known logos in the world and the “bunny” waitresses in his Playboy nightclubs were instantly recognizable.

Hef, as he began calling himself in high school, was also a living logo for Playboy, presiding over his domain in silk pajamas and a smoking jacket while puffing on a pipe.

“He defined a lifestyle and ethos that lie at the heart of the Playboy brand, one of the most recognizable and enduring in history,” his son, Cooper, told MailOnline. “He will be greatly missed by many, including his wife Crystal, my sister Christie and my brothers David and Marston, and all of us at Playboy Enterprises.”