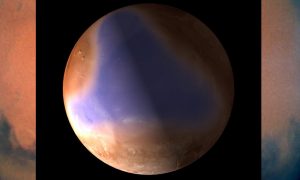 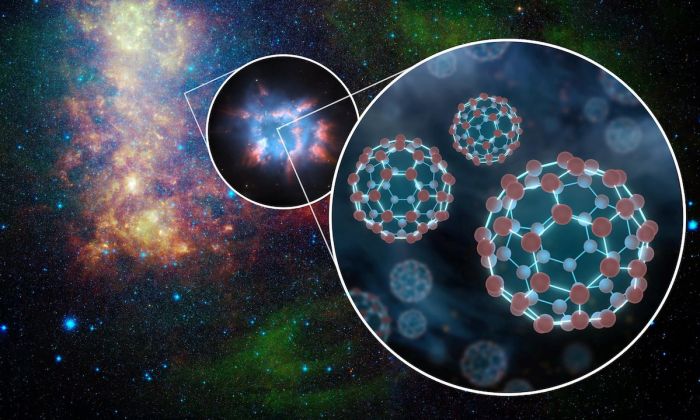 The Hubble Space Telescope has identified soccer ball-shaped molecules amid the gas and dust that fills the space beyond our solar system and between other star systems. (NASA)
Space

The Hubble Space Telescope has identified soccer ball-shaped molecules amid the gas and dust that fills the space beyond our solar system and between other star systems.

That space is known as the interstellar medium or ISM, and Hubble is exposing some of the mysterious electrically charged molecules within it. A recently published study in the Astrophysical Journal Letters explores the soccer ball molecules.

Scientists using Hubble have confirmed the presence of electrically-charged molecules in space shaped like soccer balls, shedding light on the mysterious contents of the interstellar medium – the gas and dust that fills interstellar space: https://t.co/URxihVTeJl pic.twitter.com/nYWVpVRwWC

When stars and planets form, they pull together material from clouds of gas and dust. This is why the interstellar medium is so important.

The soccer ball shape of the molecule is due to the arrangement of 60 carbon atoms in a hollow sphere, giving them the shorthand of C60. The molecules are a form of carbon called Buckminsterfullerene or Buckyballs.

On Earth, these molecules can rarely be found in rocks and minerals or appear in soot created from high combustion.

Although the molecules have been observed in space before, this observation marks the first time that electrically charged C60 has been seen in the interstellar medium. The electrical charge occurs when an electron is shorn off by UV light from stars, which creates a positive charge.

The researchers will continue searching to see where else they can locate the molecules in the universe. At the moment, their observations seem to point to a widespread presence in our galaxy, the Milky Way.