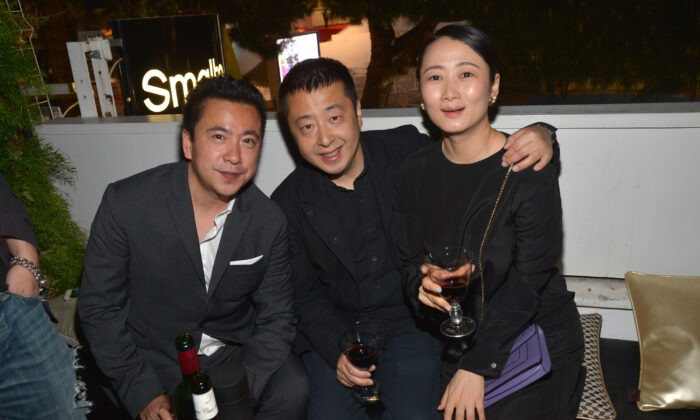 The company has produced some of the most successful films in China, such as “Cell Phone” (2003) and “If You Are the One” (2008). In the firm’s golden age, famous Chinese and Hong Kong celebrities like Carina Lau, Liang Jiahui, Fan Bingbing, and Huang Xiaoming were all under its banner.

However, the company’s annual profit turned red in 2018 after a high-profile whistleblower disclosed that its largest contracted star, Fan Bingbing, had evaded taxes.

The tax evasion probe into Fan also implicated Huayi Brothers. The company’s finances have since gone downhill and it has lost some of its celebrity contracts.

On Aug. 26, Huayi Brothers released its interim financial report (pdf) for 2022 that showed a negative net cash flow from its operating activities in the first half of the year, a drop of 126.5 percent year-on-year.

According to the report, the company faces various challenges and risks, such as the Chinese Communist Party’s (CCP) policy changes on the industry, censorship, cash flow instability, strong competitors, and the pandemic impacts.

Huayi Brothers Media Corporation was founded in 1994 by two Chinese brothers, Dennis and James Wang. The company entered the film industry in 1998 and has since produced and distributed some of China’s most popular films and television series.

GEM is also known as the second-board market, offering small and medium-sized companies opportunities to capitalize on their growth if they fail to meet the profitability requirements of being listed on the stock exchange’s main board.

Pledged shares are transferred to the lender as collateral for raising funds or taking out loans to meet business or personal requirements. The pledged shares cannot be traded until the loan is repaid.

The company also announced that the Wang brothers planned to reduce shares in the following six months upon the release of its interim financial report.

On Aug. 30, the SZSE issued a public notice criticizing Huayi Brothers for its misleading performance forecasts, according to the Chinese state-owned Sina News.

In January, the company disclosed its 2021 Annual Performance Forecast (pdf), showing that the net profit attributable to shareholders was expected to be around $3.49 million to $5.22 million, a turnaround after consecutive years of losses.

However, the company’s 2021 Annual Report released in April showed that its audited net profit was actually a loss of about $38.17 million.

Huayi Brothers said the drastic change in profit forecast was due to “a lower valuation of equity investments as a result of changes in market conditions.”

The company is now in debt and under pressure to repay. Since last April, Huayi has received at least three enforcement orders.

According to China’s Enforcement Information Disclosure Website, in a case filed on April 24, Huayi Brothers (Tianjin) was listed as a judgment debtor subject to execution for 185 million yuan (about $27.75 million).

In May last year, the company was also subjected to enforcement of 304 million yuan (about $45.6 million).