What Happened to Huawei? Should I Buy a Huawei Phone?
0 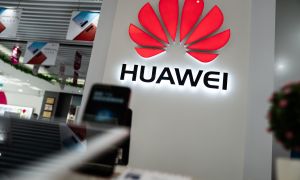 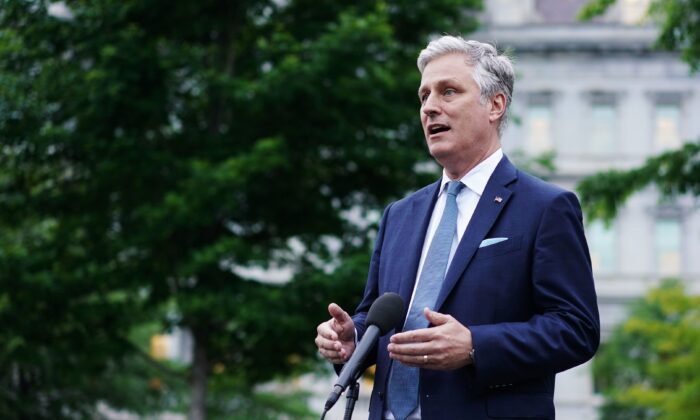 National Security Adviser Robert O'Brien speaks to reporters outside of the West Wing of the White House in Washington on May 21, 2020. (Mandel Ngan/AFP via Getty Images)
UK

Huawei’s UK Future: UK and US Security Heads to Talk in Paris

U.S. President Donald Trump’s national security adviser will meet with the UK’s top security official in Paris this week for talks on Huawei amid fears of espionage and sabotage by the Chinese telecoms giant.

The Paris talks coincide with a meeting on Tuesday of the National Security Council (NSC), which UK Prime Minister Boris Johnson will chair prior to an expected formal announcement in Parliament on the future of Huawei in the UK.

Johnson, under pressure from his own backbench MPs, is expected to declare a U-turn, due to spying and subversion fears, on a previous decision to allow Huawei’s technology equipment a bigger presence in the UK’s 5G infrastructure.

He is expected to give two dates, one to ban any new Huawei equipment and another to strip out their existing kit from the UK network.

Dates from early 2021 to 2028 have been voiced, with many Conservative MPs wanting the ban and rip-out dates to be strictly prior to the May 2024 election.

Conservative MP Bob Seely told The Times that the rip-out date should be “enshrined in law,” while former Conservative leader Iain Duncan Smith called for Huawei’s total removal as early as the beginning of next year.

Seely cited 2025–2026 as a realistic timeline and one that is likely to garner widespread support, while BT and Vodaphone executives favored a five- to seven-year deadline to avoid possible signal blackouts for mobile phone users.

A poll conducted for the Mail Online showed 52 percent of responders would approve of the UK stripping out Huawei’s equipment—28 percent of them strongly.

Huawei, which has allegedly received an estimated 59 billion pounds ($75 billion) in Chinese state support, were put on the U.S. “entity list”  in 2019 limiting their ability to buy U.S. technology.

Huawei have always denied any direct links to the Chinese regime.

French, German, and Italian officials will also attend the talks in Paris where security issues relating to Russia, the Middle East, North Africa, and Afghanistan as well as the CCP virus will be discussed.