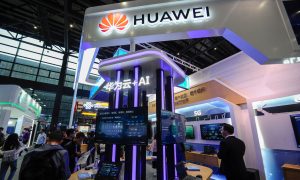 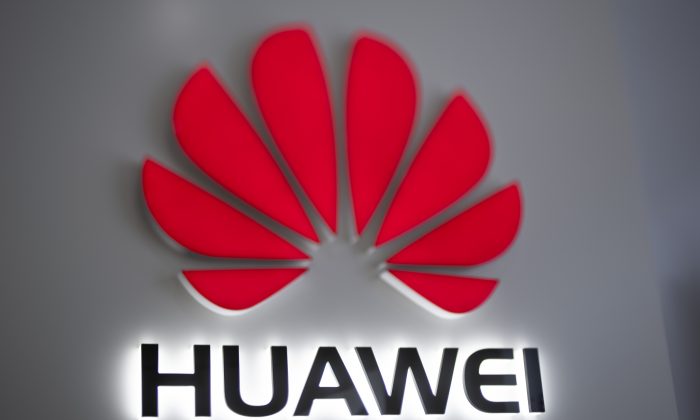 The Huawei logo is displayed at a store in Beijing, China, on Dec. 6, 2018. (Fred Dufour/AFP/Getty Images)
Chinese Regime

With the highly publicized arrest of its executive Meng Wanzhou in Canada, Chinese telecom giant Huawei—which has been a source of concern in the intelligence community for its close ties to Beijing—has been pushed into deeper turmoil.

Australia recently banned Huawei from participating in its 5G network, but some are arguing that the country needs to fundamentally review its China policy.

In its latest report “Huawei and Australia’s 5G Network,” the Australian Strategic Policy Institute (ASPI) compiles a series of analyses authored by the institute’s scholars and published by different publications on the issue.

“[Prime Minister Scott] Morrison’s job must be to recognise that Australia has built an unhealthy economic dependency on China,” wrote ASPI executive director Peter Jennings in an article for The Weekend Australian. “The rise of an assertive and increasingly authoritarian China will force Australia to make some difficult policy decisions.”

In the report, Jennings says that Beijing isn’t only interested in stealing Australia’s intellectual property, but goes so far as monitoring the chat message activity of Chinese international students to “cultivate useful contacts” and gain more access into sensitive networks.

Hackers are also becoming harder to detect as the Chinese Communist Party’s (CCP) hacking capabilities have become more sophisticated, according to another ASPI report released in September 2018. The institute analyzed CCP espionage in the United States, Australia, and Germany, and found that the CCP often breaches cyber agreements it has already signed.

“The Chinese Communist Party’s well-practiced and all-pervading domestic surveillance regime means that Chinese intelligence services have a deep interest in mining big data,” Jennings said, adding that even the collection of items such as utility bills can be useful to an intelligence agency when collected in the aggregate.

A recent report by the Weekend Australian said that according to an intelligence source, Australia has evidence that Huawei officials have been approached by the CCP and pressured to disclose access codes and network details to hack into a foreign network.

ASPI adjunct fellow Elsa Kania points out that under Chinese law, companies are required to collaborate with CCP’s intelligence agencies.

In addition, article 12 from the same law stipulates the CCP’s national intelligence agencies may establish “cooperative relationships” with relevant individuals and organizations, and “entrust them to undertake relevant work.”

Kania says existence of the potential for the CCP to “exploit Huawei’s reach” should be a source of concern.

As an example of the direct influence the CCP wields over private business in China, Kania described a Twitter post made in March by Wang Xiaochuan, CEO of the Chinese search engine company Sogou, explaining that the CCP may request to establish a communist party committee within a company or request for state investors to take a stake as a form of mixed ownership.

Wang warned that refusing this request could bring difficulties.

“You can receive massive support but, if it’s your nature to go your own way to think that your interests differ from what the state is advocating, then you’ll probably find that things are painful, more painful than in the past,” Wang said.

These comments by Wang Xiaochuan, CEO of Sogou, a search engine, are something. Rare to have a Chinese tech giant so candid in describing how things work with the government. https://t.co/ziKTPAaP0H pic.twitter.com/6lAZ6CpRXe

Kania questions whether any private company in China actually has the freedom to “go its own way,” particularly on issues that are politically sensitive or key in the eyes of the CCP. However, in the absence of “true rule of law,” even if a company resists the CCP’s demands to direct its commercial interests, the business will have fewer avenues through which to operate, she said.