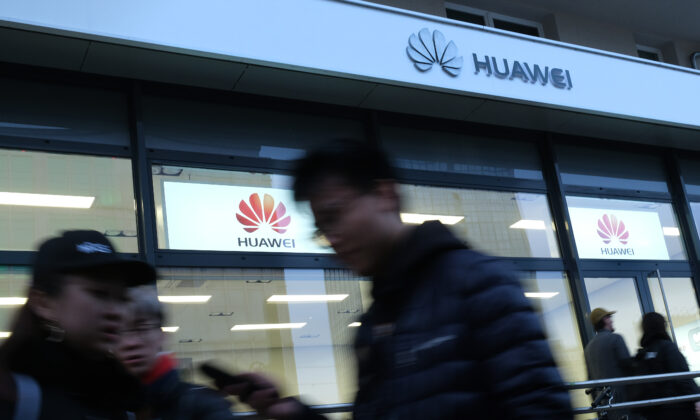 Huawei, after being plagued by U.S. sanctions for two and a half years, has seen its chipmaker also in distress—not only has its high-end chip production has been halted, but also shipments of its mobile application processors (AP) have shrunk.

Shipments for Huawei chipmaker HiSilicon’s smartphone APs declined 96 percent in the third quarter of 2021 after the company was unable to produce high-end chips following consecutive U.S. sanctions from 2019 to 2020, according to a report by Strategy Analytics, a market research institution, on Dec. 23, 2021.

The report said that the global smartphone AP market grew 17 percent to $8.3 billion in the third quarter of 2021, with Qualcomm, Apple, MediaTek, Samsung LSI, and Unisoc taking the top five portions.

HiSilicon in 2020 was the second-largest customer of TSMC (Taiwan Semiconductor Manufacturing Company)—the world’s largest dedicated independent semiconductor foundry—but was delisted from TSMC’s top 10 customers in 2021. In addition, IC Insights shows that HiSilicon dropped out of the world’s top 15 semiconductor manufacturers in 2021.

In May 2019, the United States placed Huawei on its entity sanctions list, preventing U.S. companies from supplying products to Huawei without permission from the U.S. Department of Commerce. As a result, Google ceased working with Huawei, and Huawei was denied access to Android updates.

However, TSMC said on May 23, 2019, the products they offered to Huawei comes from U.S. technology, but do not meet the 25 percent technology content so they would continue to supply chips to Huawei.

In May 2020, the U.S. Department of Commerce offered new regulations requiring that any chip produced using U.S. technology and equipment first be approved by the United States before it can be sold to Huawei.

Most of the chip fabs worldwide, including leading Chinese foundry SMIC and Taiwan’s TSMC, purchase equipment from U.S. companies like Applied Materials, Lam Research, and KLA.

TSMC revealed to the public on July 16, 2020 that it had stopped accepting orders from Huawei from May 15 due to the impact of the U.S. ban on Huawei.

“The idea was to present foreign manufactures like TSMC and Samsung with a choice,” Peterson Institute for International Economics, an American think tank, wrote on Sep. 28, 2020, noting President Donald Trump’s export curbs on semiconductors and equipment. “To access American-made tools used to fabricate semiconductors, those companies would need to agree not to sell to Huawei.”

Huawei’s 5 nanometer Kirin 9000 chip is made possible by Dutch company ASML, which owns the lithography that enables the mass production of 5nm-level chips. But ASML, with its financial and technical links to the United States, is restricted—and by extension all companies that use its lithography machines are as well—by the U.S. ban.

In addition to the restrictions on chip foundry production, Huawei’s HiSilicon chip design arm has also been cut back. Because chip design requires the use of electronic design automation (EDA) tools, the sector has been dominated by U.S. companies such as Synopsys, Cadence, Mentor Graphics, and Ansys, which control 90 percent of the global market for EDA tools.

The United States has long accused Huawei of engaging in espionage, with U.S. officials warning in early 2020 that Huawei-made equipment secretly retains Huawei’s access to mobile networks around the world through back doors designed for use by law enforcement without the carriers’ knowledge.

Since the U.S. sanctions order required that all foundries end production of chips for Huawei in September 2020, Huawei has been running out of high-end chips.