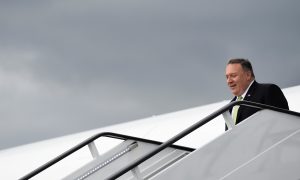 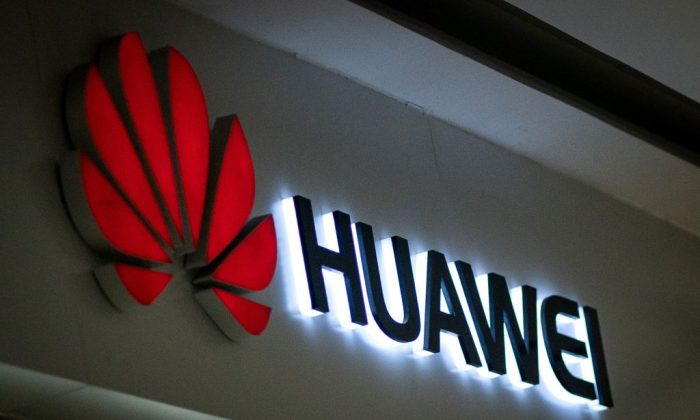 A Huawei logo at a retail store in Beijing on May 23, 2019. (Fred Dufour/AFP/Getty Images)
Chinese Regime

Chinese tech giant Huawei plans to sell off its undersea telecom cable business, a move that has drawn much speculation, given the timing soon after the U.S. administration enacted an export ban on the company.

The Chinese company that intends to purchase the Huawei unit is notable in that, like Huawei, it also has strong ties to the Chinese Communist Party (CCP).

Hengtong Optic-Electric Corp., an optical telecommunication network products company based in Jiangsu Province, announced its intention to purchase Huawei’s 51 percent stake in Huawei Marine Systems, in a filing on June 3 to the Shanghai Stock Exchange, according to Reuters.

Huawei Marine was established in 2008 as a joint venture between Huawei and UK-based submarine communications firm Global Marine Systems. Since then, the company has become one of the world’s largest undersea cable providers.

According to the filing, Hengtong signed a letter of intent with Huawei Tech Investment, a subsidiary through which Huawei controls its stake in the undersea cable joint-venture, for the purchase via cash and share issuance. The filing didn’t disclose a price or provide a reason for the deal.

Huawei Marine isn’t among the 68 Huawei affiliate companies that were recently added to the U.S. Commerce Department’s “Entity List”—along with the parent company—which prohibits U.S. companies from doing business with all of them; Huawei Tech Investment is among those listed.

Huawei’s decision to sell its undersea cable business is a tactical move, said Qin Peng, a Chinese political and economic analyst. In a Twitter post on June 3, Qin explained that Huawei is being cautious to not further trigger U.S. security concerns, in order to secure its core telecommunications business. The tech giant has a wide-ranging portfolio that includes smartphones, laptops, and other electronic devices.

Beijing is also keen to protect Huawei’s telecom business, including the next generation of wireless technology—5G—since “it is key to China’s national infrastructure and the future of Chinese military prowess,” Qin wrote.

As of early 2019, there are 378 submarines cables with a total length of more than 1.2 million kilometers (about 745,650 miles) in service around the world, according to a recent report by telecom market research and consulting firm TeleGeography.

Some of these cables cover shorter distances, such as the 131-kilometer (81 miles) CeltixConnect cable linking Ireland and the UK. Longer ones include the 20,000-kilometer (12,427 miles) Asia-America Gateway cable, which connects California to the Philippines, Hong Kong, Thailand, Singapore, Brunei, and Vietnam.

According to Huawei Marine’s website, it has participated in 90 projects worldwide, building a total of 50,361 kilometers (31,293 miles) of cables.

One such project, spanning 6,000 kilometers (3,728 miles), connects Cameroon’s coastal town of Kribi to the Brazilian city of Fortaleza. According to Washington-based consulting firm RWR Advisory Group, construction of this transatlantic cable was accomplished with China’s state-run telecoms provider China Unicom as a partner and was financed by the state-run Export-Import Bank of China.

Huawei’s global cable ambitions faced a setback in April. According to Reuters, SubCom announced it would lay a submarine cable from Australia to Hong Kong through Papua New Guinea (PNG), with possible cable branches to PNG capital Port Moresby and to the Solomon Islands capital of Honiara.

The SubCom cable “would likely stifle any commercial case for future Huawei cables in the region,” said Jonathan Pryke, director of the Pacific Islands program at the Lowy Institute, a Sydney-based think tank.

Chinese-built marine cables have long been considered a security concern by the United States.

“China poses a significant threat to the U.S. Navy and its allies due to its long‐term efforts to gain incremental control of the foreign companies associated with the undersea cable industry and the potential enhancement of these cables to support undersea monitoring and command and control,” Johnson said.

The Wall Street Journal (WSJ), in a March article, reported that unidentified current and former security officials in the United States and allied governments had been expressing worries about Huawei Marine.

“The company’s knowledge of and access to undersea cables could allow China to attach devices that divert or monitor data traffic—or, in a conflict, to sever links to entire nations,” the WSJ reported, citing the officials.

In 2018, Australia stepped in to stop Huawei Marine from bidding on a project to lay underwater internet cables for the Solomon Islands. After Australia offered to fund and build the cables instead, the Pacific island nation accepted. According to Reuters, Australia’s decision was based on security concerns, given that Huawei would have had access to a broadband hub in Sydney if it were allowed to lay the cables.

The cable is currently being built, and according to Huawei’s official website, will be ready for service in the first quarter of 2020.

Hengtong Optic-Electric, while being a publicly listed company on the Shanghai Stock Exchange, has strong ties to the CCP. Cui Genliang, Hengtong Group’s current Party secretary and chairman of the board, has been a delegate to both the 12th and 13th National People’s Congress, the CCP’s rubber-stamp legislature, according to the Optic-Electric website.

The 13th National People’s Congress began in 2018 and lasts for five years, which means that Cui will hold his position until 2023.

While attending a provincial Party congress meeting at the Jiangsu capital of Nanjing in November 2016, Cui spoke about how his company would follow closely Beijing’s national strategic policies, including “Made in China 2025” and “One Belt, One Road,” for the goal of turning it into an international high-tech corporation with annual revenues surpassing 100 billion yuan (about $14.5 billion), according to the Optic-Electric website.

Beijing rolled out the Made in China 2025 plan in May 2015 for the goal of transforming China into a high-tech powerhouse by 2025 by aggressively developing fields like information technology (IT), robotics, and semiconductors.

One Belt, One Road (OBOR, also known as Belt and Road) is an investment initiative announced by Beijing in 2013, under which the Chinese regime builds geopolitical influence through financing infrastructure projects. Some Hengtong cable-building projects have been described in press releases as part of OBOR.