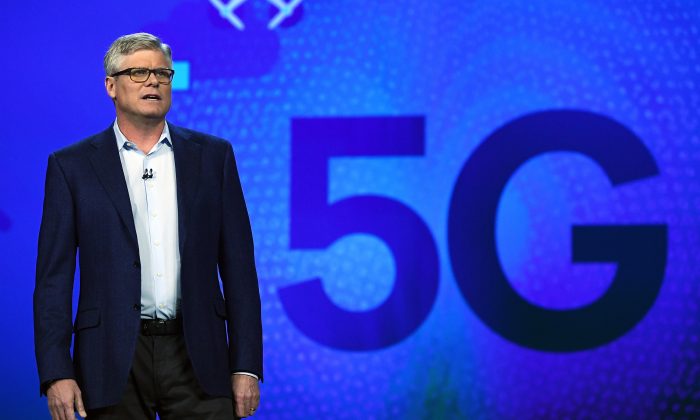 The arrest of Huawei Technologies’ CFO is the latest affirmation that trust and security will play increasingly central roles in the regulation of the telecommunications sector globally.

5G, or fifth-generation wireless, is on the cusp of replacing both 4G wireless and broadband Wi-Fi networks for businesses and households. The buildout of 5G network infrastructure, and which companies will lead such efforts, will have major ramifications and affect every aspect of the digital economy.

In other words, choosing the right vendor is a matter of national security.

Huawei is a global leader in telecom. But its links to the Chinese communist regime, its military ties, and the Chinese regime’s penchant for cyberespionage, worry the global community. Huawei has been excluded as a potential 5G network-equipment supplier by the United States, as well as a number of its allies, such as Australia, New Zealand, and Japan.

U.S. ally Germany appears to be an outlier for now. A spokesperson for Germany’s interior ministry told Reuters, “We don’t foresee the legal exclusion of specific suppliers or specific products.” Huawei is currently working on a 5G project in Berlin with Deutsche Telekom AG, Germany’s biggest telecom provider.

The new wireless technology will offer superior performance, with data rates rivaling and sometimes exceeding those of physical fiber optics. It will create energy savings, cost savings, higher capacity, and most importantly, allow for expansive interconnectivity between devices.

In a nutshell, 5G will make “smart homes” a reality and bring so-called internet of things devices to the mainstream.

“5G will take off in 2019, and 2020 will be the year in which 5G enters the mass market,” the report says. Ericsson also believes 5G will have faster coverage buildout than 4G LTE.

The report suggests that the first 5G adoptions will be in fixed wireless-access devices—not in mainstream smartphones. Around half of all households in the world don’t currently have broadband connections, and 5G creates “opportunities for operators to deliver broadband services to homes and small and medium-sized enterprises economically.”

German automaker Audi already announced that it would build a private 5G network to replace Wi-Fi within its assembly plants. BMW, Daimler, and Volkswagen have also expressed a desire to build their own 5G networks.

“5G private networks will keep Germany competitive in times of digitization [by enabling the] factory of the future, which will be highly flexible and support a high degree of customization,” Klaus Mittelbach, the CEO of Zvei, Germany’s manufacturers’ trade group, told MIT Technology Review.

Global telecom giants are paying attention to how the Huawei security saga plays out. Huawei is currently one of the world’s biggest telecom infrastructure providers. If it’s barred from 5G buildout in major Western markets, that would create a major opportunity for the likes of Qualcomm, Ericsson, and even bit players in the space such as Samsung.

San Diego-based chipmaker Qualcomm is one of the vendors poised to benefit. At its third annual Snapdragon Tech Summit on Dec. 4 in Hawaii, Qualcomm stated that the transition to 5G will be far more impactful than the previous transition to 4G LTE. Both Verizon Wireless and AT&T Wireless were in attendance to demonstrate their 5G capabilities.

South Korea’s Samsung also is eyeing the potential opportunity vacated by Huawei. According to a Dec. 7 report by the Wall Street Journal, Samsung is replacing the head of its business unit that develops 5G networking equipment, according to people familiar with the matter.

It’s a “shake-up atop a key business looking to rapidly grow sales, as global pushback builds against market leader Huawei,” the Journal reported.

While Samsung is currently a small player in mobile infrastructure equipment, it has grand ambitions. Its deep pockets, and leading position in smartphone devices and semiconductors, make 5G networking equipment a fitting market for expansion.