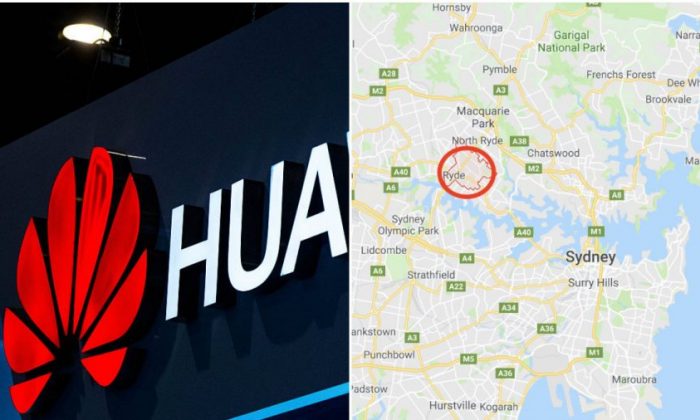 Residents in a suburb in Sydney, Australia, are seeking answers from a major telecommunications company after it announced plans to install new transmitters or “small cell boxes” made by Chinese telecom Huawei outside their homes without approval.

The Australian Broadcasting Network (the ABC) reported that TPG is planning to place 35 Huawei-made transmitters throughout Sydney’s north-western suburb Ryde as it strives to build its own 4G mobile network and that experts said such a move may become more common as Australia transits to 5G.

The small cell boxes are to be used for 4G and mobile services in suburban areas and are less powerful compared to the larger telecommunication towers. The boxes are roughly the size of two shoeboxes.

Unlike the larger towers, generally used by companies like Telstra and Optus, the small cell boxes can be mounted on power poles without needing to undergo a council or planning approval process under Australia’s federal telecommunications act. Furthermore, residents also do not have a say over their installation.

More than 100 residents have signed a petition to remove the transmitters from the residential area, according to the ABC.

Ryde residents John and Sue Cappadonna told the ABC that the only notice they received was a printed notice on a power pole outside their home.

“We really don’t want this infrastructure right in front of our home here,” John Cappadonna told the ABC. “I didn’t realize you could build that kind of contraption in a residential area.”

“We don’t want it here,” Sue Cappadonna said. “It causes us great anxiety that this thing is going to be running 24-7.”

“Under the telecommunications act it’s basically open-slather for these companies to install these small cell devices in the suburbs,” he told the ABC. “I was surprised. It is council-owned land, the property of residents in Ryde and we ultimately have no say. “It is a notification process, rather than a consultation process.”

Huawei was blocked from supplying equipment for Australia’s planned 5G Networks due to security concerns.

Australia’s federal government announced the ban in a joint statement on Aug. 23, 2018, and declared its commitment to take the necessary steps to “safeguard the security of Australians’ information and communications at all times.”

Australian intelligence agencies had warned that there was “credible evidence” that Huawei was connected to the Third Department of the PLA—an arm of the Chinese military’s cyber-espionage network, according to professor Clive Hamilton, the author of the book “Silent Invasion: China’s Influence in Australia.”

Hamilton said in his book that Huawei has spent time creating a public image of trustworthiness by setting up an Australian board as a front: “Although it is not a state-owned company, it would be naive in the extreme to believe a company that with government support turned itself into the world’s second-biggest telecommunications equipment maker … did not have daily links with China’s intelligence services.”

Huawei’s 5G technology has already been rolled out in Canada, the United Kingdom, and New Zealand.

TPG prepared a fact sheet for residents (pdf) to assuage concerns related to the health and safety of radio communications and the associated electromagnetic fields (EMFs) from electronics, mobile phones, power lines, radios, and computers.

“TPG advises that licensed radio frequency transmitters, including the TPG small cells and commercial radio and TV broadcast towers, are regulated to protect all people in all environments,” the notice read.

“Australia has adopted the safety regulations recommended by the World Health Organisation. These regulations have a significant safety margin or precautionary approach built into them. … The national safety regulations operate by placing a limit on the strength of the signal (or radio frequency electromagnetic energy) that our antennas can transmit.”

Radio waves are electromagnetic waves within the frequencies 30KHz (0.00003GHz) to 300GHz and include microwaves (0.3GHz to 300GHz), which are at the higher frequency end of the radio waveband.

Since the 1990s, government and industry experts have maintained that mobile phones are safe, and have pointed to studies that reveal no problems associated with wireless exposure.

In 2015, an appeal letter to the United Nations signed by over 200 scientists from a group called International EMF Scientist wrote that the microwave radiation coming from our phones and other wireless devices is “proven to be harmful to humans and the environment.” They pointed to effects such as cancer risk, a rise in harmful free radicals, genetic damage, structural and functional changes to the reproductive system, learning and memory deficits, neurological disorders, and a negative impact on our general well-being.

In 2016, the National Toxicology Program released a report from its 16-year, $25 million study examining the health impacts of wireless radiation. The study, which aimed to give the government a conclusive answer as to whether or not the radiation emitted from mobile phones can cause harm, found that it can cause brain tumors, heart tumors, and DNA damage.