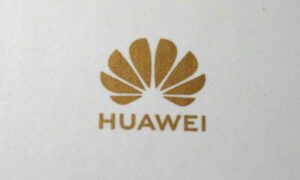 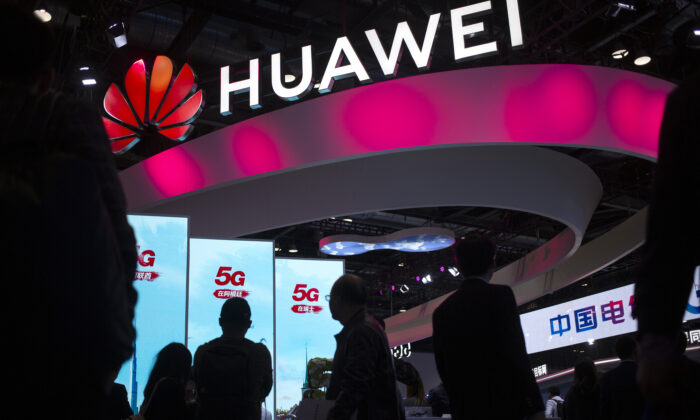 Attendees walk past a display for 5G services from Chinese technology firm Huawei at the PT Expo in Beijing, in this undated photo. (Mark Schiefelbein/AP Photo)
Thinking About China

Huawei Backdoors in the US and Pakistan

China’s Huawei telecommunications company has been accused of spying on important Pakistani national security information through a “Safe Cities” anti-crime project in Lahore, Pakistan, according to new allegations.

The accusations, from small U.S.-based firm Business Efficiency Solutions, LLC (BES), are in a lawsuit filed on Aug. 11 in California. The claims are the latest indications that China is convincing the world to pay Huawei to get spied upon.

Democracies and other countries that value their privacy should immediately strip Huawei technology from their systems, Huawei payees from their employees, and source only from trusted vendors in allied and friendly countries.

“Safe Cities” projects are sold to cities as a way of fighting crime, and typically involve high-tech surveillance, including through facial-recognition cameras. But Huawei allegedly established a duplicate system in China capable of accessing data from Lahore, including personal communications of Pakistani citizens, without proving the consent of Pakistani authorities. The Wall Street Journal reported the allegations on Aug. 14.

BES claims that Huawei has refused to provide proof that Pakistani authorities approved of a “backdoor” installed in their program, then pressured the California company, through threats to withhold payments and cancel contracts, into building insecurity into the program. Lahore is Pakistan’s second-largest city.

“Huawei-China uses the proprietary DES system as a backdoor from China into Lahore to gain access, manipulate, and extract sensitive data important to Pakistan’s national security,” the lawsuit filing reads.

The Punjab Safe Cities Authority, which runs the Lahore project, said the authority is taking the allegations seriously.

“Our team is examining the accusations and sought an explanation from Huawei,” the chief operating officer of the authority told the Journal. “We have also put a data security check on Huawei after this issue.”

According to the lawsuit, the cost of the project to Pakistan was $150 million. If true, the country paid Huawei a hefty sum for the privilege of losing data security, as hundreds of other cities around the world that use Huawei Safe-City technology likely have done.

Huawei was added to the U.S. Commerce Department Entity List in May 2019, blocking it and its affiliates from importing from the United States. In 2020, further restrictions made it difficult for Huawei to purchase chips from any company using advanced U.S. chip-making technology.

In apparent response, Huawei spun off its smartphone maker into a new company, called “Honor.” The company’s new Magic 3 smartphone series includes hardware for the digital yuan. The phone runs on chips from Qualcomm, which is a U.S. company.

China’s Xiaomi phone maker also uses Qualcomm chips. Both Xiaomi and Honor phones are expected to fill the market share that Huawei lost due to U.S. sanctions, with Xiaomi investing heavily in domestic Chinese chip-makers to free the country from dependence on U.S. chip technology.

Honor claims to have no connection to Huawei, but some argue that it has good relationships with the Chinese regime. According to Nicole Peng, a mobility specialist who spoke to the South China Morning Post, Honor’s future in China is bright.

Lawmakers in the United States, notably 14 House Representatives, rightly called on the Commerce Department to add Honor to its Entity List. They should add Xiaomi as well—and all of China while they’re at it.

That Huawei and Honor have so far outmaneuvered the United States, which is slow to respond, indicates that to be effective, U.S. sanctions on China must rise from the company level to the country level. Chinese companies are so coordinated by the Chinese Communist Party, that it only makes sense to sanction China, rather than its individual companies or government entities. Neither can Hong Kong be exempt, as technology sales to the previously independent city are transshipped to other cities in China.

But don’t expect such rational China policy anytime soon. The U.S. government is riddled with business influence trying to keep $2.3 trillion in U.S.–China investment safe and more than $500 billion in U.S.–China trade flowing, despite China’s two genocides, a totalitarian government, and territory grabs from neighbors.

To illustrate, the U.S. Justice Department (DOJ) recently hired a former Huawei lawyer, Karl Thompson, who reported $2.8 million in partner compensation from corporate clients, including those who do business in China. He now serves Deputy Attorney General Lisa Monaco as a senior counselor. Thompson served as an influential lawyer in the DOJ from 2014 to 2017, before accepting Huawei as a client.

Until we rid the U.S. government of its revolving door officials, who apparently have no moral qualms about using their expertise to serve the worst of the corporate China nexus, we can’t expect rational China policy out of Washington. A clean telecommunications network, and a clean government, require stripping out not only Huawei equipment, but Huawei stooges.