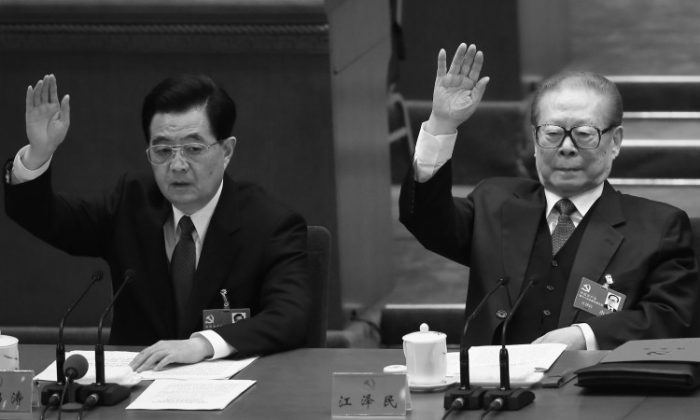 Former Chinese Communist Party leader Hu Jintao recently traveled to Yancheng City in Jiangsu Province to personally deal with the case of two Falun Gong practitioners, the sons of a senior Party official, who were detained and tortured, according to sources familiar with the reason behind the trip.

Hu, accompanied by Li Zhanshu, Director of the General Office of the CCP Central Committee, visited Nanjing, Wuxi, Taizhou, Yancheng and other cities in Jiangsu Province between Dec. 26 and Dec. 29 last year, reported the state media Xinhua. But according to the source, Hu’s visits to the other cities were a foil for his visit to Yancheng City to deal with the Falun Gong matter.

Following the release of the brothers from prison, they tracked down the responsible officials and demanded an apology and compensation for the persecution. They had been tortured and beaten while in custody. The brothers have said that they will publish evidence of corruption among local officials on the Internet if their requests are ignored.

The source also said that the case has embarrassed officials in the upper echelons of the CCP, and left them at a loss on how to handle the issue. Jia Qinglin, a Politburo Standing Committee member, had earlier visited Yancheng in an apparently failed bid to resolve the case.

There is a general lack of confidence among Communist Party functionaries about whether the brutal campaign against Falun Gong still has support from the new leadership. Leaders are as such worried about cases like that of the two brothers, where those persecuted, or family members, demand compensation and apologies for the human rights abuses against them.