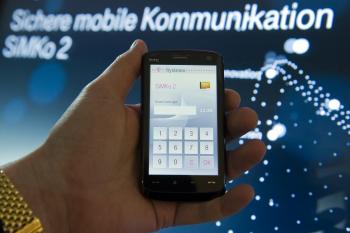 Ram Srinivasan
View profile
Follow
biggersmaller
Print
More details are emerging about the HTC Glacier, a previously-unannounced smartphone that is rumored to be the first such device with a dual-core processor.

Tech blog AlienBabelTech picked up scores for the previously-unnamed Glacier phone on a benchmarking database called GLBenchmark. The GLBenchmark ratings show the HTC Glacier ahead of the rest of the smartphone pack in certain benchmarking tests meant to determine the speed of the processing unit.

The benchmark ratings show the Glacier as speeding past its rivals, most of which feature a currently top-of-the-line 1 GHz processor. Various tech blogs, such as geek.com and SlashGear, suggest that there can be only one obvious answer to the reason for its faster speeds, namely Qualcomm's new dual-core Snapdragon processor.

Qualcomm began shipping samples of its new dual-core processor in early June of this year in both 1.2 GHz and 1.5 GHz versions. If it is true that the Glacier will feature this processor, it may be the Android smartphone to watch this year.

While the owner of the GLBenchmark is not known, it is suspected that it belongs to a T-Mobile employee with access to the company's devices. T-Mobile was previously reported to be working on a project named "Project Emerald," which was supposed to be a dual-core Android smartphone.

If the rumors are true, the new smartphone would put T-Mobile ahead of the curve in the race for faster and more powerful smartphones that put the processing speed of the desktop computers of just a few years ago in the palm of your hand.