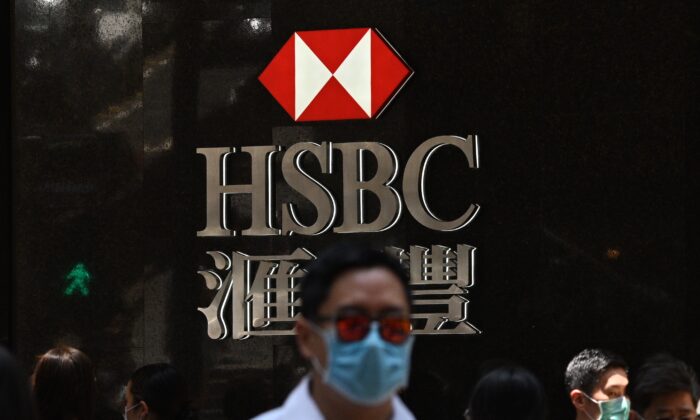 Pedestrians wear masks as they walk past an HSBC branch in Hong Kong on April 28, 2020. (Anthony Wallace/AFP via Getty Images)
China Business & Economy

Huawei CFO Meng Wanzhou, daughter of the company’s founder, was accused in 2018 of lying to HSBC about Huawei’s control of another company during a 2013 presentation, putting the bank at risk of violating U.S. sanctions in Iran. Meng was then arrested by the Canadian authorities and facing extradition to the United States over fraud charges.

Yet last Friday, Meng has reached a deferred prosecution agreement with U.S. prosecutors and the latter withdraw its request for her extradition. Meng arrived in China on Saturday.

On Monday, HSBC stock rose as much as 3.5 percent to HK$41.10 in their biggest intraday percentage gain since May 28. HSBC was the second-biggest gainer in the Hang Seng Finance Index. The stock was up 2.1 percent in the afternoon trade.

Mainland and Hong Kong operations accounted for 39 percent of its annual $50.4 billion in revenue in 2020.

Beijing released two Canadians on Sept. 24, who were detained as bargaining chips for over 1,000 days against Meng’s arrest in Canada.