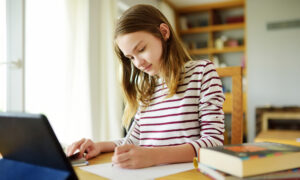 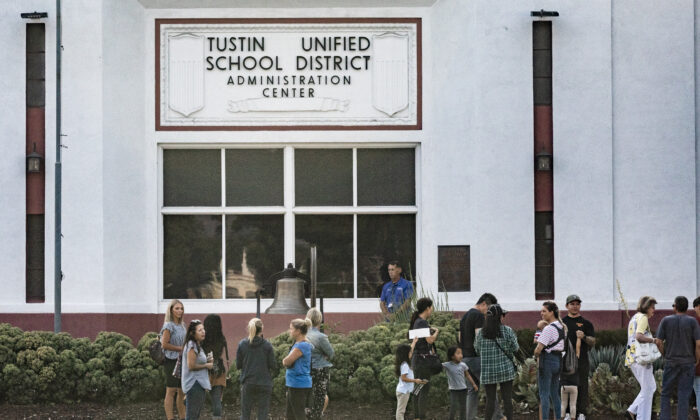 It’s September, and California’s students are back in school. They’ve endured more than a year away from their campuses, thanks to the governor’s lockdown response to the COVID-19 virus.

How did the pandemic impact the finances of Orange County’s school districts? The audited financial statements for the fiscal year ending June 30, 2020, are now available.

Reviewing the “Statement of Net Position” and obtaining the “Unrestricted Net Position,” one sees that the 27 school districts have increased their cumulative net deficit by $331 million—from $4.57 billion to $4.90 billion. This is about a 7.25 percent change in the wrong direction, or a $90 per capita average increase in liabilities for those residing in the districts.

The shelter-in-place mandate began just a few months before the June 30, 2020, fiscal year end. But it had a noticeable impact, as this negative trend grew by only 5 percent in the preceding year.

Determining the amount of CARES Act funding and other federal relief program dollars the districts received prior to June 30, 2020, is a study for another time. This may be better seen when the audited financial statements for June 30, 2021, are released in the next year or sooner. For now, let’s review the chart for any anomalies. And there are a few.

Overall, there was minimal movement among the school districts, except for Brea-Olinda, which moved up an incredible 13 places. Irvine Unified moved up 9 places and Buena Park Elementary 4. The details for this movement could be as simple as modifying restricted fund balances. But these three districts represent only half of the districts that improved their financial situation last year.

Many Orange County residents live in more than one school district, with an elementary and high school district. Consequently, when utilizing the population that each district serves, the total population will exceed that of the county, due to the overlap.

The per capita amounts provide a range. It would be nice to have a school district in the black. Only Fountain Valley Elementary has maintained such a position. It sold school sites and kept the proceeds in a savings account.

The other 26 districts are in the red due to unfunded actuarial accrued liabilities created by defined benefit pension plans and other post-employment benefits, like retiree medical care plans.

The per capita is meant to be a temperature gauge. Ideally, you want your school districts to be nearer to the top of the rankings. Those near the bottom warrant closer scrutiny by residents.

For Santa Ana, the net deficit per resident is four times higher than those of one-quarter of the county’s districts. And its unrestricted net deficit represents 13.5 percent of the cumulative deficit for all the districts, while only serving about 8.5 percent of the county’s population. This should ring alarm bells and encourage better scrutiny of its annual budgets and long-term strategic financial plans. It may also mean paying closer attention to school board races and electing candidates that have strong financial backgrounds.

There is a major historical first to take note of—the state transferred a school district from one county to another, and it was accomplished through a recent ballot measure. Lowell Joint School District, which straddled the Los Angeles/Orange County border in La Habra, has changed jurisdictions by moving to the Orange County Department of Education, a move that even saves the district nearly $250,000 per year.

In March of 2020, Measure O was approved by more than 70 percent of the district’s voters. The measure targeted July 1, 2021, as the transition date. So, Lowell Joint is not in this year’s listing but will be next year. If it were included, it would have placed third out of now 28 school districts, with a $465 negative per capita.

La Habra is a unique border city and the only Orange County city that outsources its fire department to the Los Angeles County Fire Department. All to say the Orange-Los Angeles county border has some quirky and unique issues.

One neighborhood is in both counties, making for awkward school district attendance problems, with next-door neighbors possibly going to different schools. While serving as the county supervisor for the Second District, I tried to remedy some of these nuances. Those areas west of Coyote Creek that were in Los Angeles County expressed a strong desire to be included in Orange County. So you can appreciate the strong vote result on Measure O.

In negotiating with then-Los Angeles County Supervisor Don Knabe, he agreed to resolve land issues only if they were not occupied by constituents. After a lengthy process that took many years, we were able to make a few changes and modified the boundary lines, which was also a historical event.

Welcome to Orange County, Lowell Joint School District, and thanks for bringing a strong balance sheet with you. I’m glad the residents were involved in your governance decision. School districts deserve this kind of attention, as it’s a component of taxpayer/resident responsibilities. And for homeowners, good school districts translate into good property values, especially when the economy finds you in a buyer’s market.