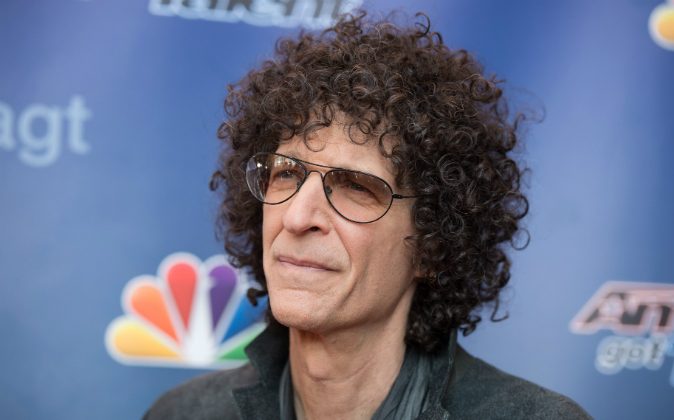 During the May 16 broadcast of “LIVE! With Kelly,” guest co-host Jimmy Kimmel stated he had 75 questions for Kelly Ripa that he’d like the answers to. Apparently, Howard Stern wanted the answers to some of those questions as well.

Kimmel dropped in on Stern before his appearance alongside Ripa, where the two collaborated on questions for the mother of two.

“I want to know: Will she ever talk to Michael Strahan again?” Stern asked Kimmel.

“First of all, I want to know how she is dealing with the ABC executives who ignored her as if she wasn’t even there?” Quivers inquired. Norris wanted to know “Did she hurt her voice after hearing the news about Michael’s hiring?”

“Why doesn’t she talk to Regis?” he asked. “Allegedly she hasn’t spoken to him since he left the show.”

Stern also wanted to know if the former soap opera actress’s feelings are hurt when she was referred to as a “diva.”

Reports suggested that Ripa and Strahan weren’t compatible, hence his need to leave the morning show.

“Is there anything about her personality that might have turned off Michael?” Stern asked Kimmel. “Because that’s the key question. In the sense that now they’ve had this rift and they’ve fallen apart as an on-air couple. And they’ve had personality issues. Maybe some of it’s her fault. Does she see any of that in herself?”

When Michael Strahan blindsided Ripa with his announcement about his departure from the morning talk show for “Good Morning America,” everyone was fixated on what will happen next. Oprah Winfrey, Andy Cohen, and Regis Philbin all had an opinion.

Now that Strahan is gone—his last show was on May 13—there are more questions that needs answers, including who will permanently remain alongside Kelly Ripa. But that’s expected to be a while off, as ABC/Disney executives are looking for a perfect match and, as mentioned by Ripa in an interview with People, “takes a lot of work, and it takes a group discussion.”

Stern and Robin has one question as to which demographic will fill Strahan’s shoes.

“Does she need to hire a black cohost?” Stern asked, as Quivers added, “Is that a black job?”

Howard Stern has an answer for that.

“I think it is a black job,” he said. “If they give it to a white, then I don’t think it would be good, because blacks are excited that there was an interracial question.”

As to who will replace the retired NFL player, it’s still up in the air, but Ripa doesn’t oppose a woman.

“Some of the people I’ve hit it off with the best have been women, which is not unusual for me,” said Ripa. “I’m a girls’ girl. I like the dynamic of that.”