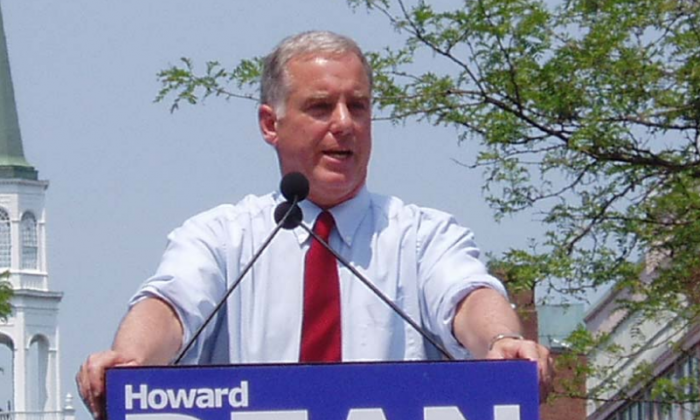 Former Vermont Gov. Howard Dean, who ran for president in 2004, said he’s running for chair of the Democratic National Committee.

“The dems need organization and focus on the young,” Dean tweeted Thursday. “Need a fifty State strategy and tech rehab. I am in for chairman again.”

He served as the Democratic National Committee chairman from 2005 to 2009, and he’s aiming to take Donna Brazile’s spot. Brazile, the interim chairwoman, replaced Debbie Wasserman Schultz when she stepped down after WikiLeaks released emails showing Democratic officials under her watch colluding to oust Bernie Sanders in favor of Hillary Clinton.

The dems need organization and focus on the young. Need a fifty State strategy and tech rehab. I am in for chairman again.

In 2004, Dean famously—or perhaps infamously—screamed after losing the Iowa primary. He dropped out of the race in February 2004 after poor results in Wisconsin.