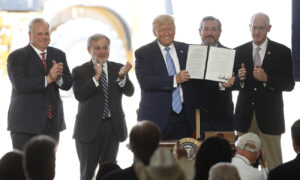 How Whale Feces Help You Breathe

Half of the world’s oxygen is provided by phytoplankton, an aquatic organism that functions as a carbon sink and whose name means “wandering plants” in Greek. All fish depend on phytoplankton, whether directly or indirectly.

Scientists were puzzled as to how phytoplankton got all the iron they needed to function and produce oxygen.

Marine biologist Victor Smetacek calculated how much iron there should be in the ocean and realized a massive amount of it was missing—or coming from a source we hadn’t yet identified. He started by looking at how many whales there would have been in the ocean a century ago. For this number of whales to survive, they would need a combined diet of 1.5 billion tons of krill. So many krill would require a huge amount of phytoplankton to survive, and this amount of phytoplankton would require a silly amount of iron. An impossible amount of iron.

So Smetacek figured we were missing a part of the puzzle. He found it in whale feces.

(All photos via Wikimedia Commons)

Whales that eat in deep waters and release their feces in surface waters provide an iron-rich superfood for phytoplankton. Smetacek estimated that the deep-diving sperm whales of the Southern Ocean alone defecate 50 tons of iron to the ocean’s surface layer. Plankton eat the feces and convert carbon dioxide into oxygen.

Not only does whale feces help provide the world with half its oxygen, it also plays the important role of keeping the plankton alive, which affects the whole ecosystem. The krill then feed on the plankton, and the fish and whales feed on the krill—biodiversity flourishes all over.

The Southern Ocean sperm whale alone nourished plankton worth a reduction of 200,000 tons of carbon from the atmosphere. Smetacek’s findings were published in 2010 in the proceedings of the Royal Society of Biological Sciences.

Stephen Nicol, a marine biologist inspired by Smetacek’s findings, analyzed the feces of whales that dive deep into the sea and found it is 10 million times more rich in iron than ocean water.