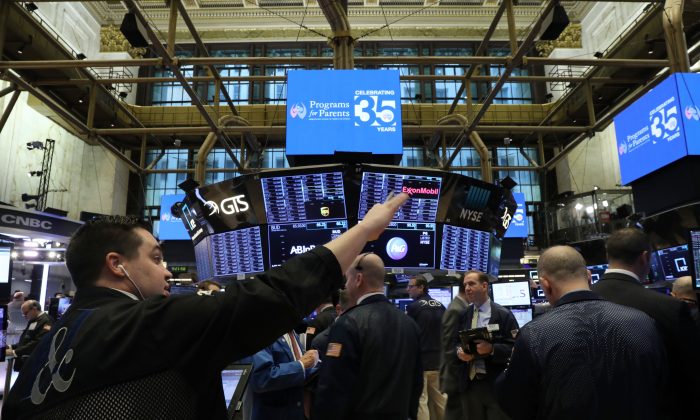 How US Capital Funds the Chinese Agenda

Financial experts are finally sounding the alarm over the effect that China has on the American financial system, and how U.S. institutions may be complicit—knowingly or unknowingly—in furthering China’s agenda.

Hedge fund manager Kyle Bass, founder and principal of Dallas-based Hayman Capital, said that soon, mutual funds and exchange-traded funds (ETFs) held by Americans will have far greater exposure to the stocks of Chinese companies than they may realize.

“China pressured the MSCI to get their representative weightings increased,” Bass said at an April 25 event held by the “Committee on the Present Danger: China” in New York City to discuss the monetary contributions that U.S. enterprises and capital markets are directly making to the Chinese Communist Party.

The committee is a recently formed advocacy group, including national security, financial, and human rights experts, that seek to bring attention to China’s threats.

What does that mean? MSCI is one of the world’s biggest stock index firms. It publishes numerous stock indices that act as a benchmark for mutual funds and ETFs—so if such funds want to benchmark themselves against the index, they would need to purchase the stocks included in the index.

Later this year, funds that track themselves against such indices will begin purchasing Chinese stocks. These funds are widely owned by U.S. investors and retirees in their personal portfolios, 401(k) plans, or through pension funds. For example, the iShares MSCI World ETF, which tracks MSCI’s global index, has assets of $623 million as of April 26.

But investing in Chinese firms are inherently riskier than investing in U.S. companies. “All of our money is going into companies that actually don’t have ‘big four’ auditors,” Bass said.

Bass pointed out an issue that U.S. investors often assume: that foreign markets are just as mature and transparent as U.S. financial markets—which have a century-old history and have evolved through a Great Depression, numerous recessions, and decades of regulatory development. Believing that Chinese publicly listed companies have the same disclosure, oversight, and governance as those in the United States is ill-informed at best and foolish at worst.

“They just file a glossy financial statement or annual reports. I think it’s important to understand what we take for granted in [corporate] financial reporting,” he added.

This issue even extends to Chinese firms that have active stock listings in the United States. Chinese company audit reports and financial disclosures are reviewed by local Chinese auditors, which makes it impossible for U.S. investors to verify their accuracy and independence. And despite cases of fraud, Chinese issuers and their executives can’t be reached by U.S. regulators unless Chinese authorities take action.

Returns Above All Else

Another area where U.S. capital is directly funding the Chinese Communist Party apparatus is U.S. pension funds. In the funds’ search for yield, they have expanded their investments into emerging markets, including direct ownership of Chinese companies.

But what pension funds don’t realize is that not all emerging markets stocks are equal. For instance, the New York State Teachers’ Retirement System—one of the biggest pension funds in the United States with $120 billion of assets—held approximately $4 million worth of shares of China Unicom Hong Kong, as of Dec. 31, 2018, according to a fund statement.

China Unicom is a state-owned telecommunications operator in China, providing landline and mobile communication networks. Subsidiaries of China Unicom are also publicly listed on exchanges in Hong Kong and Shanghai.

China Unicom provides internet connections in North Korea, supplying critical infrastructure and equipment for the Communist state and enabling the regime to stage international cyber attacks against other nations, including the United States.

In essence, U.S. pension funds are funding cyber attacks against other countries and backing companies that are directly violating U.S. sanctions. These aren’t personal private investment portfolios, but pension funds that are public U.S. institutions that enjoy federal tax exemptions.

“If the IRS issues guidance that says you’re not allowed to invest in primary sanctioned entities, or if an entity is secondarily sanctionable who continues to do business with primary sanctioned entities, we should force their divestment if you want to keep your tax exemptions,” Bass said. Bass, who chairs the risk committee of the University of Texas endowment, implemented that policy last year.

There is evidence that despite China’s trade imbalance with the United States and its theft of intellectual property, large multinational companies are unhappy with the existing trade war.

“All the pressure on Trump to strike a trade deal is coming from Wall Street and corporate America,” Bass told business media CNBC during an interview on April 25. “Look who fought CFIUS [Committee on Foreign Investment in the United States] reform … some of the biggest companies in the U.S. and Wall Street came together to fight it,” he said, referring to some businesses’ opposition to a law passed last year that increased powers bestowed to the investment-screening agency CFIUS to review additional types of investments by China.

As the market headwinds from the trade war begin to subside, the biggest beneficiaries appear to be Wall Street and the largest multinational companies. As of April 26, the Dow Jones Industrial Average—which tracks 30 of the most influential U.S. companies—is up 38 percent since the beginning of the year.