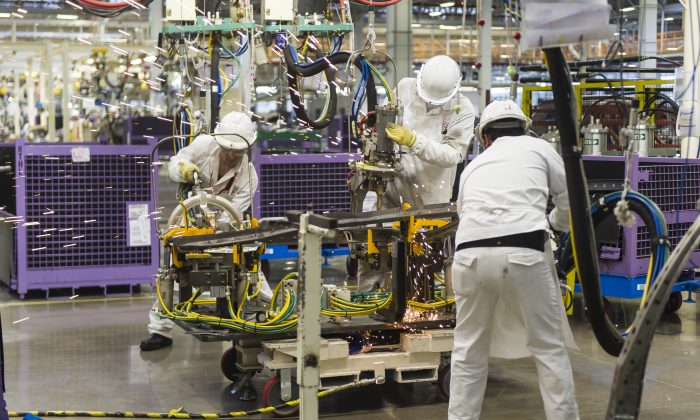 Trade, immigration, tax cuts, and deregulation were the big issues of Donald Trump’s campaign. The automotive industry didn’t feature prominently, but his presidency will have major implications for it.

The potential increase in trade barriers puts automakers at risk. Lower corporate taxes and reduced regulations, however, could bring them benefits.

Trump’s trade protectionism is perhaps the most controversial pledge he made during his election campaign. He blames U.S. corporates for moving manufacturing to Mexico and elsewhere, thus causing job losses. He often singled out Ford in his campaign speeches.

Trump says he will not approve the Trans-Pacific Partnership and intends to either renegotiate or withdraw from NAFTA. The policy changes would affect all auto companies that produce abroad and then sell into the American market.

“We would expect a headwind from any changes in NAFTA, as companies would either need to shift production or incur pressure from higher tariffs,” Goldman Sachs states in a research report.

During his election campaign, he said he would impose a 35 percent tariff on goods from Mexico. Imposing such tariffs could increase import prices by 15 percent and overall U.S. consumer prices by 3 percent, according to research by Moody’s Analytics.

Trump’s advisers say increasing tariffs is not the end goal but rather a negotiation tool for helping fix problems that have hurt the U.S. economy.

Mexico is the world’s seventh-largest motor vehicle producer. Roughly 60 percent of vehicles produced in Mexico was sold in the United States in 2015, according to IHS Markit, a market research firm.

So in the long term, if the United States decides to withdraw from NAFTA, this will have implications for Mexico.

The United States has a $67 billion trade deficit with Mexico in the automotive industry and exports only one car to Mexico for every 11 it imports.

The United States has a highly integrated supply chain with Mexico especially in automotive production, including auto parts.

Auto parts alone accounted for about 15 percent of the total imports from Mexico in 2015, according to the U.S. Department of Commerce.

Parts suppliers are exposed to Mexico substantially more than automakers in some cases, stated Citi analysts in a report.

The introduction of a 2 to 3 percent tariff could decrease the operating earnings of auto parts suppliers and automakers that are exposed to Mexico by as much as 10 percent, according to Citi.

Cheap labor and aggressive incentives made Mexico’s car industry the winner of free trade. After NAFTA entered into force in 1994, Mexico’s vehicle production has more than tripled, while U.S. car manufacturing declined by double-digits.

Nineteen percent of GM’s North America production and 13 percent of Ford’s are based in Mexico. Also, Ford plans to expand capacity in Mexico to produce light trucks in 2018.

The companies will not be able to move much of their production from Mexico back to the United States in the near term, because there isn’t much spare capacity around anymore, according to Goldman Sachs.

It will take time to rebuild capacity in the United States and therefore any changes to tariffs or trade deals would need to be delayed, stated the analysts.

Also, the proposed changes will likely have a negative impact on U.S. jobs.

“We can’t just wave a wand and undo NAFTA, slapping tariffs on Mexican imports will not solve any problems for American workers. Our economy is tightly integrated with that of Mexico and Canada,” said Robert Scott, a senior economist at the Economic Policy Institute.

“Delivering on tax cuts and infrastructure spending could re-energize consumer spending, with the potential to extend or prolong the current peak in auto sales for another year or two,” IHS Markit states.

Trump is expected to influence regulatory issues in the automotive space, including rules on autonomous driving technology as well as fuel economies and emissions.

The possibility of less regulation in fuel economies is a positive for automakers.

“The president lacks the authority to set regulatory conditions directly, but, as the leader of the country, he can set an overall policy that the government agencies would work towards,” stated IHS Markit.

He claims China is robbing billions of dollars and millions of jobs from Americans. He plans on using countervailing tariffs to persuade countries like China to play by the rules.

“Globalization and trade and investment deals have opened up trade with countries that engage in currency manipulation and other unfair trade practices to make their goods less expensive and undercut the competitiveness of U.S. products,” stated Scott.

“The most significant cause of growing U.S. trade deficits is currency manipulation and misalignment by China and about 20 other countries, primarily in Asia.”