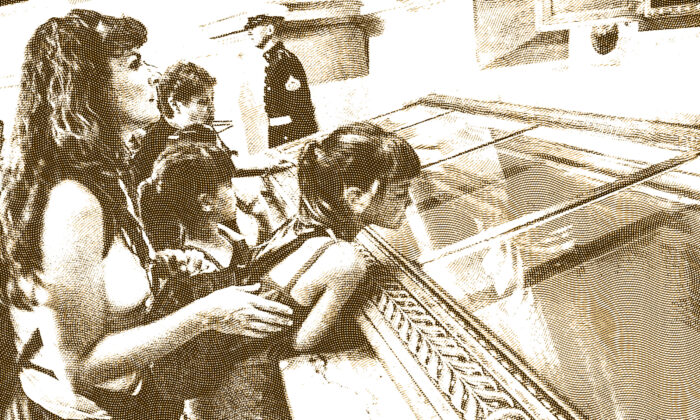 Visitors look at the original copies of the Declaration of Independence, the Constitution, and the Bill of Rights, at the National Archives in Washington. (Alex Wong/Getty Images)
Viewpoints

How to Understand the Constitution

Many people characterize the U.S. Constitution as vague or filled with broad generalities. Others identify it as the source of our basic rights.

It’s neither of those things.

Key to understanding the Constitution is to know that it’s a very well-drafted, fairly precise document granting fiduciary powers, and that it follows 18th-century customs for such documents. It was designed to put into practice the broad principles of the Declaration of Independence to the extent politically feasible.

Much of the Constitution is made up of lists of powers granted by the people to persons and groups. Other components are analogous to terms you might find in complex 18th-century documents creating fiduciary relationships—statutes conferring authority, instruments creating trusts or agency relationships, and charters erecting corporations.

The first thing most people notice when they pick up the Constitution is its majestic preamble. It explains why “We the People” do “ordain and establish this Constitution.” Preambles were common in 18th-century legal instruments. Preambles did not have the force of law. They were for background information only. Preambles remain common in legal documents today. We often call them “whereas clauses.”

Any power-granting document must explain who is receiving authority and the conditions under which they may exercise it. Hence, the Constitution outlines the structure of the new federal government: Congress, the president, and the courts.

Limits come in three forms: First, those receiving power receive only the power the document lists. If I authorize my broker to sell stock, it follows that I’m not authorizing him or her to sell my house.

Second, a document may flatly prohibit certain actions and put conditions on others. The same agreement that authorizes my stockbroker to sell stock may prohibit him or her from selling below a certain price.

Third, the law of fiduciary (trust) relationships imposes additional restrictions on anyone exercising power on behalf of another.

The Constitution contains many specific limits. For example, it bans ex post facto laws and taxes on exports, even when they might seem warranted. The Constitution bans restrictions on free speech, freedom of religion, and the right to keep and bear arms. Some of these limits are designed to ensure good and responsive government. Others are included to further justice; still others to protect natural rights.

During the 18th century, a complex power-granting document might include terms telling the reader how to interpret it. Such terms are called rules of construction. Rules of construction don’t change the document’s meaning; they are guides to understanding. For example, the Necessary and Proper Clause tells us to read Congress’s enumerated powers to include lesser authority of the kind that lawyers call “incidental.” Other rules of construction include the Supremacy Clause and the Ninth and Tenth Amendments.

Power-granting documents sometimes alter preexisting arrangements to make the overall system work better. If I give my broker authority to sell stock on certain terms, I might have to revoke authority I have given to others. The Constitution similarly adjusts some preexisting relationships. It requires each state to have a “Republican Form of Government.” It requires states to respect the official proceedings of other states. It requires them to honor certain “Privileges and Immunities” of Americans who live in other states, and so forth.

The core of the document consists of the Constitution’s listed (enumerated) powers. Some people with superficial knowledge of the Constitution claim that all the enumerated powers are in the congressional list in Article I, Section 8. This is wrong. Other congressional powers are scattered throughout the document. In addition, Article II lists enumerated powers of the president, Article III lists powers of the courts, and Article V enumerates those exercised in the amendment process.

Here’s an important but widely overlooked feature: The document doesn’t grant power only to federal officials. It also confers power on persons and entities who aren’t part of the U.S. government at all.

Thus, the Constitution entrusts states with regulating congressional elections and choosing presidential electors. It empowers those electors to select the president and vice president. It authorizes governors to call elections to fill congressional vacancies and, in some cases, to fill those vacancies temporarily. It prescribes roles in the amendment process for state legislatures, state conventions, and a federal proposing convention. All of these entities and persons receive authority in such matters from the Constitution.

Moreover, when individuals serve on federal juries or vote in federal elections, they aren’t exercising natural rights. They’re executing powers given to them by the Constitution. Of course, those powers often are crucial for protecting natural rights.

The courts say that when people exercise authority by virtue of the Constitution, they’re performing federal functions.

Knowing that the Constitution is basically an 18th-century document granting fiduciary powers doesn’t minimize its significance or the inspiration of those who wrote it. But it’s a very good first step toward a real understanding of the document.