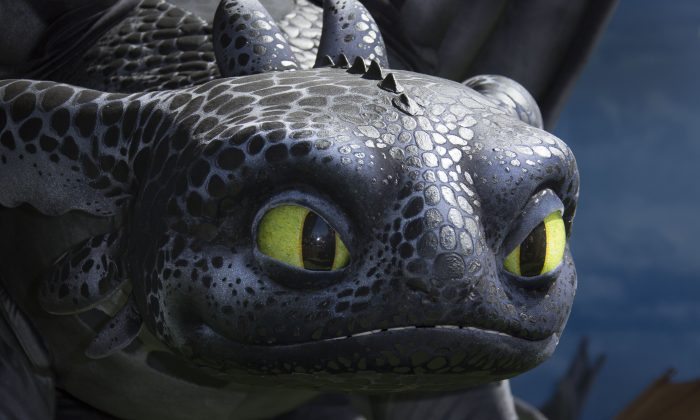 Toothless the dragon at the UK Gala Screening of How to Train Your Dragon 2 at the Vue cinema in central London, Sunday, June 22, 2014. (Photo by Joel Ryan/Invision/AP)
Entertainment

How to Train Your Dragon 2 pleased most fans of the franchise and they’re wondering what happens in the next addition to the film universe.

How to Train Your Dragon 3 will continue the storyline that was laid out in 2, which saw Stoik the Vast dying and Hiccup becoming the chief of Berk.

The books appear to give insight into what will happen next.

It seems that the third movie won’t continue right after the second one–there will be a jump in the timeline.

“There were Dragons when I saw a boy,” according to first line of the book.

“By this time, Hiccup is an old man reflecting back on his life, and his adventures with Dragons,” according to Movie Pilot.

“The big question then is: why did they go? Was there a force big enough to kill every single dragon? Did sharing a village with dragons becomes too difficult? Or did they simply decide to travel elsewhere?”


Meanwhile, the release date for How to Train Your Dragon 3, originally slated for 2016, has been pushed back to June 9, 2017. It’s the first film to be scheduled for that weekend.

The third film will from the same creative team as the first two films, with writer-director Dean DeBlois and producer Bonnie Arnold aboard, reported Variety.