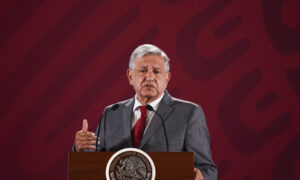 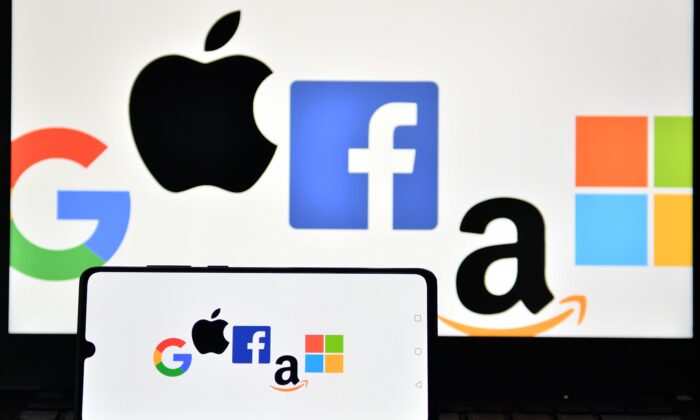 An illustration shows the logos of Google, Apple, Facebook, Amazon, and Microsoft displayed on a mobile phone and a laptop screen on Dec. 18, 2020. (Justin Tallis/AFP via Getty Images)
Viewpoints

How to Reform Big Tech 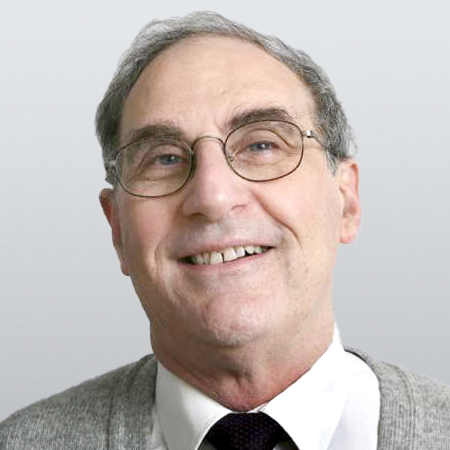 This is the second part in a series. Read the first here.

Republicans and Democrats agree that Big Tech has become too powerful and needs to be reformed. Even Facebook’s Mark Zuckerberg concurs.

“At Facebook, we don’t think tech companies should be making so many decisions about these important issues alone,” he testified to Congress in October 2020. “We stand ready to work with Congress on what regulation could look like.”

But should the reforms take the form of regulation? In asking for Facebook and the rest of the tech sector to be regulated, Zuckerberg is taking a leaf from the father of monopoly regulation in the United States, Samuel Insull, who to everyone’s shock more than a century ago demanded that government regulate his Chicago electric utility monopoly.

Although other U.S. electric monopolies initially blanched at the thought, they soon came to see it as pure genius. Unrestrained by competition, the electric utilities became more dominant than ever. Working closely with their government regulators to set rules for the industry, the utility monopolies kept out competitors, guaranteed their profits, and entrenched their power. Few questioned the legitimacy of the electric monopolies until Margaret Thatcher broke up the UK’s monopoly in 1990, unleashing lower rates and improving service through competition.

If governments regulate Big Tech while otherwise leaving them intact, the result would be worse than the status quo. The tech giants would have the stamp of government approval, and they would more easily influence regulators and legislators to craft rules that effectively barred competitors—even without a formal regulatory regime, they have convinced pliant politicians through lobbying and donations to enact rules that discriminate against upstarts.

Worst of all, today’s handful of Big Tech giants would maintain the outsized influence over political decision-making that they so prize.

“We’ve displayed warnings on more than 150 million pieces of content that have been debunked by our third-party fact-checkers,” Zuckerberg proudly cited, among other examples he provided to Congress to demonstrate Facebook’s record in keeping the internet safe for those needing to be shielded from unsafe views. “In addition, we’re blocking new political and issue ads during the final week of the campaign, as well as all political and issue ads after the polls close on election night.”

Zuckerberg reported that Facebook took down 250 million pieces of content that violated its policies in the first half of 2020 alone.

Big Tech’s ability to control what the public can see, or not, would remain that if it were regulated, due to a 1978 U.S. Supreme Court decision that held that corporations have the right to take wholly ideological positions unrelated to their business interests. The 5–4 decision, which upended 200 years of precedent, determined that corporations were entitled to the same First Amendment free-speech rights as natural persons, despite strong dissents that proved prescient.

Supreme Court Justice William Rehnquist, later to become chief justice, warned of the dangers to political life by giving corporations the right to use their economic power to obtain benefits unimagined in the corporate charters that created them. Dissents by other justices stated that governments have been sensible in “preventing institutions which have been permitted to amass wealth as a result of special advantages extended by the State for certain economic purposes from using that wealth to acquire an unfair advantage in the political process.”

They also criticized the majority’s minimization of the fear that “the relative voice of corporations [could be] overwhelming or even significant in influencing referenda.”

Prescience aside, that unfair advantage granted to corporations, barring an amendment to the Constitution or a Supreme Court reversal, is now set in stone. Big Tech is constitutionally entitled to wield the untoward political power that four justices warned about and that five justices deemed too hypothetical to worry about.

The only way now to limit Big Tech’s political power is for Big Tech to become Small Tech—for Facebook, Google, Twitter et al. to be forced to disgorge their many acquisitions in aid of limiting competition, and to be stripped of their government-granted advantages through deregulation, making them small enough to no longer pose an outsized threat in the political arena.

These ill-earned advantages include their ability to infringe on copyright.

“The Tech Giants have figured out a way to use all the great music of everyone from all time, without reporting an artist’s number of plays or paying a [expletive] cent to the musicians,” laments singer Neil Young. They also include Section 230 of the Communications Decency Act, which exempts the technology sector from the liability that constrains other publishers. And they include government cash and tax subsidies on a level unavailable to others.

Cutting Big Tech companies down to size and deregulating the pieces that result would enable free-market competition to be tech’s disciplinarian, rather than the government regulation that Zuckerberg champions.

Power would then flow away from the tech giants and, by default, to the people.