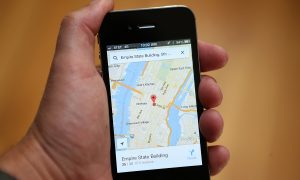 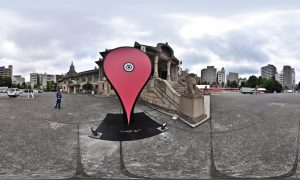 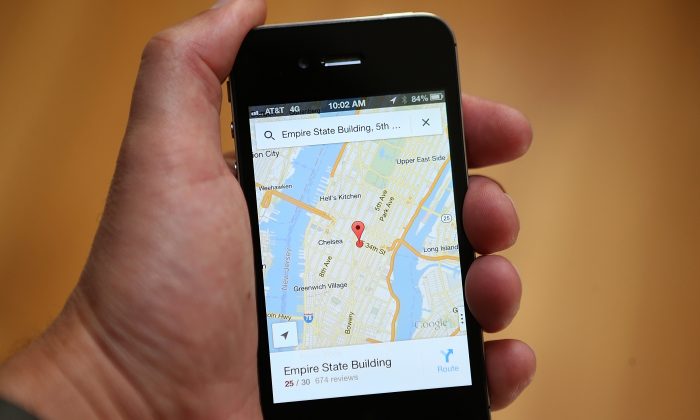 The Google Maps app is seen on an Apple iPhone on Dec. 13, 2012 in Fairfax, Calif. (Justin Sullivan/Getty Images)
Tech

Google Maps is one of the most useful apps you can install on your smartphone, as it's ready to give you handy turn-by-turn navigation instructions as soon as you need them
By Chris Smith
FONT BFONT SText size
Print

Google Maps is one of the most useful apps you can install on your smartphone, as it’s ready to give you handy turn-by-turn navigation instructions as soon as you need them.

The same goes for standalone GPS devices that don’t require an Internet connection as it’s the case with Google Maps, to get you to your next destination on time. But there are things you could do to reduce your GPS dependency and actually find your way around, even if you’re in a new city.

Instead of using the simplest tool at your disposal – that Google Maps on your iPhone or Android device – for getting around town, Lifehacker offers four simple tricks that should totally improve your orientation skills.

Buying a paper map for your glove compartment should at least help you discover the freeway you need to get home. It works all the time, and doesn’t require a battery charge, even though it won’t offer you directions.

You could, however, memorize directions after loading them on your phone or computer. Instead of having a GPS program read them to you, you could try to remember street names and turns, and thus improve your sense of orientation in a new city.

One other simple trick that should help you get around and diminish your reliance on Google Maps at the same time is asking for directions on the street.

Finally, the fourth trick Lifehacker offers is using your surroundings to get around. You should figure out where north, south, east and west are “to get yourself out of there” and on your way to home.

In time, by using these not-really-secret tricks, you should become more and more comfortable with a new city, and get around without having to load that Google Maps app every single time.