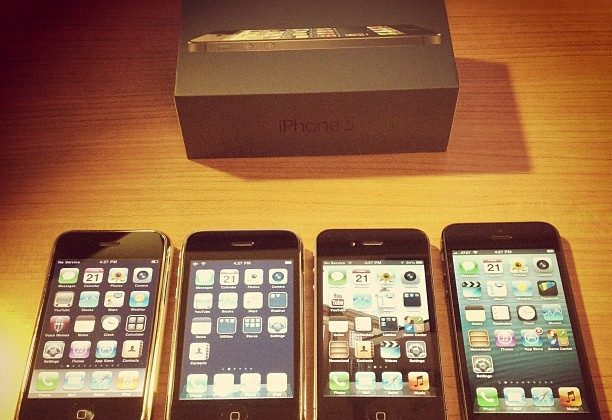 The era of the basic call and text phone is long gone. With their state of the art features and increasingly sophisticated functions, smartphones have become an inseparable part of our lives by enabling us to do things which, until 10 years ago, would have been regarded simply as utopic.

Thanks to our smart mobile devices, we can now chat, e-mail, skype, shop and pay our bills on the go and, as such, a huge chunk of our personal data is stored on them, from personal photos and social media profiles to contact details, passwords, and sensitive financial information. With the evolution of hardware and the inception of sensitive touch screens, delicate lenses and increasingly light cases, serious damage caused by mundane accidents is also becoming a reality for many smartphones users.

According to a report on US smartphone use, out of the 64% of American adults who own a smartphone, 46% said their gadget is something “they couldn’t live without” (source: Pew Internet – US Smartphone Use in 2015) and, at the same time, a third of the users reported using a damaged device, from poor battery performance to cracked screens and broken buttons.

Another study (source: Bankrate.com) has revealed that, in the 8 years since the iPhone was first released on the market, Americans have spent $23.5 billion on repairing or replacing damaged smartphonesWhile the “won’t happen to me” syndrome it’s inherent to human nature, every smartphone user should make its safety a priority and take the necessary precautions to mitigate the implications, financial and personal, of potential smartphone damage.

Since smartphones, like many other gadgets, are often very expensive and buying one is more like a long-term investment rather than a discretionary purchase, it’s worth considering ways of protecting them in case of accidental damage.

So what are the options? Smartphone manufacturers have been experimenting on making displays more resistant but until someone actually makes the unbreakable phone a reality and not just wishful thinking, it is up to users to safeguard their devices.

Being aware of one’s surroundings and taking preventive measures such as keeping the smartphone out of the bathroom and buying a screen protector is a good place to start. A sturdy case could also reduce the damage done from dropping a smartphone on a hard surface but it won’t protect it against puddle dunking, being used as a high-tech bone by the household dog or as a funny looking toy by young children.

All these scenarios are the most common causes of smartphone damage and while you cannot completely prevent them, you can certainly avoid the hefty costs of repairs or replacements by considering a protection plan that is affordable and easy to manage.

Because they know just how vital a gadget can be, especially one that contains much of our personal data, ProtectYourBubble.com by Assurant – an innovative insurance provider backed by a Fortune 500 company, has designed two such plans: one for smartphones in general and one that is tailored specifically for iPhones.

Covering phones up to 3 years old,  unlimited claims and no cancellation fee, these protection plans cover just about any gadget nightmare you could imagine, from of accidental damage and liquid damage to mechanical breakdowns, starting at just $5.99 a month. This means no more walking around with a cracked screen, a faulty home button or a dying battery, without having to wait for an affordable replacement Both protection plans also include a next day resolution for phones and tablets which means, if the worst case scenario does happen and your device gets damaged and needs replacing, Protect Your Bubble will get it to you the very next day.

Regardless of what smartphones you’re using, as long as they’re not unbreakable, they are also vulnerable to misfortune and mundane accidents. But, as Christopher Howson said: “Care is an absolute. Prevention is the ideal”, it’s also up to us to make sure the worst case scenario never happens indeed.