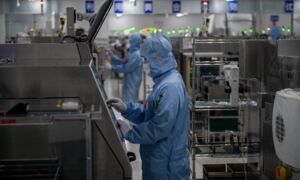 How to Play Videos in the Background on Your iPhone

We’ve all been in the mood to hear a particular song while we’re out and about. Naturally, when you’re in the mood for a song, you can be sure it’s not on your phone, but it is almost certainly on YouTube.

Apple’s iOS devices just don’t play as well with YouTube as they could, but you can at least turn the screen off by following these easy steps.

You can turn the screen off if you’re only interested in listening to a song. It’s very simple to do, and knowing how to do it will only benefit you. This should work with the iPad and definitely does with the iPhone.

1. Open your web browser of choice and go to YouTube.

2. Find the song you’d like to play and open the video so that the iOS video player goes full screen.

3. Press the Pause button quickly and then the Home button, bringing you back to the home screen.

4. Swipe up from the bottom of the screen to open the Control Centre and choose to play the video.

5. Optional: Turn the screen off, and the video will continue to play. Should you turn the screen back on, you’ll find you still have lock screen controls, albeit fewer than with a file played from the device.

Should you choose not to turn the screen off, the video will continue to play, but with one major restriction: you will not be able to use the app from which it is playing. This means that, if you have opened the video in Safari, you’ll have to use other apps on your phone.

As a result, you may wish to consider downloading another application for playing the video through. If so, the process is the same and will free up Safari. The official YouTube app is an obvious choice, but Jasmine and Chrome would both complete the same task.

As you can see, getting a video to play in the background is actually very simple, if somewhat limited. Even so, it is not an immediately obvious function, and – as far as we can recall – did not work on older versions of iOS.

One thing to be aware of is the fact that video titles do not always appear, depending on the app from which they are playing. With both Chrome and YouTube the controls were as above, though they functioned as expected.