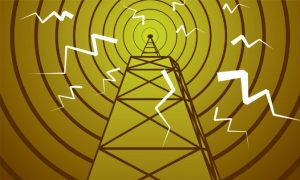 Mysterious, Fake Cell Phone Towers Spring Up Across US
0 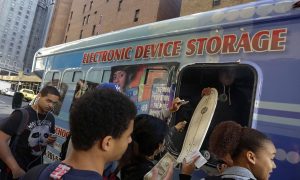 How to Pay Less While Using Your Cell Phone Abroad

When it comes to using your cell phone abroad, international travel has gotten much less painful in recent history. Several U.S. wireless carriers offer more wallet-friendly international roaming plans than they have in the past, but there are always caveats and limitations.

For example, T-Mobile recently added free unlimited data in more than 100 countries for Simple Choice plan holders, but it’s only low-speed 2G data. If you want faster data speeds, it’ll cost you $100 per GB — and those rates can climb even higher with other carriers.

Mysterious, Fake Cell Phone Towers Spring Up Across US

As it turns out, however, there are some ways to save money while traveling abroad.

DON’T MISS: The Netflix redesign you’ve been waiting for is finally here – this is what it looks like

Unlike most international roaming plans, however, that data will roll over for a full year instead of expiring in just one month.

Also of note, data gets slightly more affordable after the initial SIM or hotspot is purchased. Keepgo sells data refills of varying sizes, including 500MB for $39, 1GB for $65 and 3GB for $185.

As is the case with the initial 1GB of data, unused data from refill packs will roll over for one full year, but adding a refill also extends the expiration of any data remaining on your account for another year. So, if you buy a 1GB refill and still have 200MB on your SIM, that 200MB won’t expire for another year.

“We’ve gone to great lengths to simplify our business,” Keepgo CEO David Lipovkov said. “Travelers have enough to deal with when landing in a foreign country, and we want to make sure they have an easy, seamless, and affordable way to get online once there.”

Keepgo SIMs and hotspots work in 64 countries, and you can see the full list by following this link.