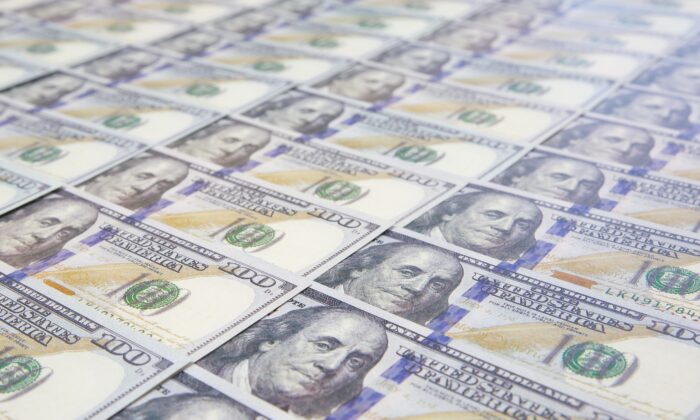 How to Make Money

If you’re looking for advice about how to make a profit or a capital gain, then my apologies for the clickbait: this post is about how money itself is created.

This should be common knowledge: capitalist economies are inherently monetary, and you’d think that, after a few centuries of capitalism, we’d understand how money is created. But there are few topics about which there are more myths, and more false answers, than this fundamental question.

In fact, there’s an easy way to understand how money is created—though “easy” means “easy, once you understand double entry bookkeeping.” I’ll elaborate below, but the “TL;DR” takeaway is that any operation which increases the assets of the banking sector creates money.

To understand this, you have to understand double-entry bookkeeping—or DEB for short. It’s essential, because it’s the way accountants have kept track of financial transactions for centuries, and it’s fundamental to how banks operate.

The key rules in DEB are that all transactions are recorded twice, and each row in a DEB table must sum to zero (if it doesn’t, you’ve made a mistake). All accounts are also classified as either assets, or liabilities, or equity, and the “fundamental law of accounting” is that assets minus liabilities equals equity: the gap between what you are owed (assets) and what you owe (liabilities) is your net worth (equity).

Now let’s check some key financial operations, using a software package I invented for this purpose called Minsky (it’s free, and you can download it from here: https://sourceforge.net/projects/minsky/.

Firstly, bank loans. A bank loan adds an amount to your deposit account at your bank—which is a liability of the bank—and it adds the identical amount to your loan account at the bank—which is an asset of the bank. Call the flow of new loans each year “lending”. Then the double-entry bookkeeping is as shown in Figure 1: bank lending increases the assets of the banking sector, and it therefore creates money—which shows up as an increase in your deposit account.

Repayment has the opposite effect: it reduces bank assets, and it therefore destroys money. This is something that I was wrong about, by the way, before I understood double-entry bookkeeping: I thought that once money was created, banks wouldn’t just “destroy” it. But when you look at the double-entry, it’s obvious: if you tell the bank to reduce your deposit account, in return for an identical reduction in your debt to the bank, then precisely that much money is destroyed.

Bank lending is something that economics textbooks get wrong, and in fact, economics textbooks—which should be a source of wisdom on economics—are actually the primary source of myths about money. The Bank of England said this explicitly, if politely, in 2014: “The reality of how money is created today differs from the description found in some economics textbooks: Rather than banks receiving deposits when households save and then lending them out, bank lending creates deposits.” (McLeay, Radia, and Thomas 2014)[1]

What about government spending and taxation? Spending adds to the public’s deposits, with a matching entry in bank reserves—which are the deposit accounts of the private banks at the central bank. Therefore, government spending also creates money, just as bank loans do—by increasing bank liabilities (deposits) and bank assets (reserves) by precisely the same amount: see Figure 2.

This is also the opposite of what economics textbooks say; to quote from Mankiw’s influential first-year economics textbook: “When its spending exceeds its revenue, the government runs a budget deficit, which represents negative public saving.” (Mankiw 2016, p. 253)[2]

But in fact, since the deficit increases deposit accounts, the deficit represents positive public saving.

Obviously, if economics textbooks teach fallacies and falsehoods, then there’s something seriously wrong with economics—and I’ll explore that in my next column “How to Mangle Money.”

As Figure 3 illustrates, Treasury Bond sales do not create money, because everything happens on the assets side of the banking sector’s ledger: the monetary value of bank holdings of Treasury Bonds rises, but the value of bank reserves fall by the same amount.

What about central bank purchases of Treasury Bonds from the banks? Here, I’ll admit another mistake of mine: before I modeled this in Minsky, I thought that central bank bond purchases did create money. But as Figure 4 illustrates, they don’t, because both operations take place on the asset side of the banks’ ledger: the monetary value of bonds owned by the banks falls, while bank reserves rise by precisely as much. Therefore, there’s no change in the value of bank assets from central bank purchases. Instead, there’s an asset swap.

Of course, government bonds pay interest: this is shown in Figure 5. And this might be another surprise: these interest payments create money, since they increase both the asset side of the banks’ ledger (reserves) and the liabilities-equity side (in this case, the short-term equity of the banking sector).

Banks often sell most of the bonds they buy to non-banks—normally, financial institutions like hedge funds, pension funds, insurance companies, etc, rather than the ordinary public. This operation actually destroys money: bank deposits fall, as do bank holdings of Treasury Bonds.

Finally, what about “QE”: quantitative easing? This is the central bank buying bonds, and whether it creates money depends on who the central bank buys from. If it buys from banks, there’s no money creation, as the second-last line in Figure 7 shows. But QE also included buying bonds from non-bank financial institutions. This does create money—but money that circulates on Wall Street, rather than Main Street.

Those are the basics, and I hope you agree that it’s all pretty simple. But it also contradicts much of what you’ll find in economics textbooks and public discourse about how money functions. This is because everything about money in economics textbooks is as wrong as Ptolemaic astronomers once were about the nature of the universe.

It took Galileo’s telescope to point out that the models of Earth-centric astronomy were wrong, and economics needs such a telescope today. Minsky, with its Godley Tables, is that telescope. If you’re at all interested in the topics of how money is created, and how much should be created, and by whom, and for whom, please, get your free telescope from https://sourceforge.net/projects/minsky/. Widespread use of this computerized telescope into money creation may be the only way to finally kill the many myths about money creation.