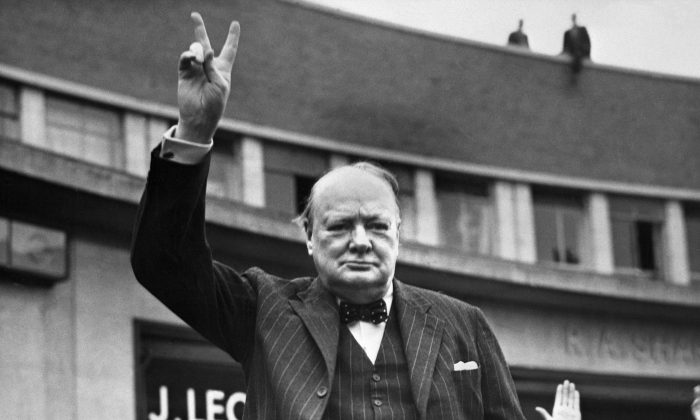 How to Make a Historic Speech

Speeches can change the world. Hilary Benn’s recent speech in the UK House of Commons, for example, gained a standing ovation from supporters (and many critics) when he argued the case to bomb Islamic State in Syria. But history is filled with great speeches and the impact they had on events, from Abraham Lincoln’s Gettysburg address to Martin Luther King’s “I have a dream” speech.

Benn used a range of rhetorical and oratorical devices to make his powerful case. Specifically, these were performative/dramatic delivery combined with emotional content.

In concert with each other, Benn’s speech slotted into a tradition of effective (some popular, some less so) parliamentary speakers, including Aneurin Bevan and Winston Churchill, Enoch Powell and George Galloway. By drawing upon specific rhetorical and oratorical devices such as pathos, logos and ethos a speaker can change debates, drive an ideological agenda, and defeat their opponents. Here are three key aspects of effective oration.

Give It Some Feeling

A key part of effective rhetoric is pathos. An emotional speech can spur an audience into action.

Harold Wilson’s White Heat speech used pathos to great effect. He argued to the 1963 Labour conference that unless the party put its divisions to one side, it would become an irrelevance to the electorate. This fearful emotion was used to great effect, because it helped impress his renewed vision of unity upon the movement in a direct manner.

Similarly, Enoch Powell used emotion in his controversial Rivers of Blood speech. Here, Powell used antithesis to construct the iconic imagery of “the whip over the white man”, leading to social discontent, and ultimately “rivers foaming with much blood”. This was the pathos of fear.

Yet, other emotions can be highly effective, too. For example, Michael Foot’s speech to the House of Commons in 1979 during the confidence debate drew from humour to portray Labour’s enemies as a shield being used by the clever opposition leadership.

Each of these three examples used emotion to convince an audience of their case.

Of course, we shouldn’t discount the importance of logos either. As the second important rhetorical device, empirical evidence can prove highly useful when constructing an argument. Facts – and the ability to deploy them – provide the logical foundation stones to a speech.

Yet, the third and most important aspect of effective rhetoric is the ethos of the speaker themselves. Their personal character is vital in explaining how and why an audience should listen to them. Succinctly, this is how the speaker connects with their audience, be that a political, academic, or corporate audience.

The ethos of the speaker is often conveyed by an opening summation of why they should be listened to.

Effective speakers use a combination of pathos, logos and ethos when constructing their arguments – and they are often used asymmetrically by the orator, depending on the type of audience being addressed. For example, in political terms, the House of Commons may demand a more logos-based approach, whilst the conference provides a good backdrop for a pathos-driven speech. In both, however, the need for ethos is vital.

In the modern world, these skills are also highly important regardless of the context of the speaker. For example, in the business sector an effective manager or leader would need to be able to inspire their workforce through pathos, while showing that they share their concerns about the business and its position in its respective field (appeals to ethos). This is something of an art, which can make the difference between a motivated workforce or one in which morale is low. This can impact upon productivity (logos) and, by doing so, the profits of the business.

In scholastic terms, these devices can also be used by academics when analysing political speech. They enable us to deconstruct speeches, and have been used in my own research as the framework of my scholarship. For example, my books Labour orators from Bevan to Miliband and Conservative orators from Baldwin to Cameron use these analytical devices to shed new light on how political actors construct their speech. (By listing the above, I have just used ethos to show my credibility for this argument).

I would also argue that these rhetorical techniques can be taught to undergraduate students, too. Indeed, as a skill, effective communication will have considerable market value as competition continues to increase. As students graduate and enter the workplace, they will need to be armed with as many distinctive skills as possible. Indeed, the arts of oratory and rhetoric will not only remain important, but increase in significance for the modern economy.

Put simply, these are marketable skills that have significant real-world value which we cannot afford to ignore.