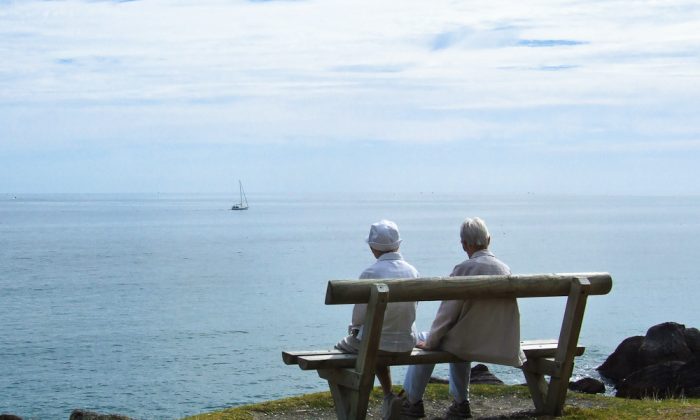 How to Increase Returns for Your Retirement Savings

How do you get a return in this zero interest rate environment without taking too much risk?

To earn income in this very low interest rate environment, the best plan is to spread out, use a variety of instruments. One advantage is that by diversifying the type of instruments you also wind up diversifying exposure to different sectors of the economy.

But again, the idea is to spread these investments around because real estate like anything else in the economy has ups and downs.

What about the preferred stocks, which are now really bond investments?

The original term is preferred stock. Nowadays when you look closely at them, you find that they are really portfolios of bonds bundled together and which are issued by a financial institution, so you have some very good underlying assets in the form of corporate bonds.

Because it is a financial institution that issues them, they’ll be rated somewhat below the senior credit rating of that institution, justifying that higher yield.

One of the great advantages of the preferreds is that you don’t have a lot of competition from the large institutional investors because a lot of the issue sizes are fairly small. The issue might be only $50 million or $100 million outstanding they can’t really buy enough of it to have an impact on the billions and billions of dollars that they’re managing.

What kind of yield are we talking about?

On the preferreds, we cover a range of 4-8 percent depending on the quality but that range of quality will go from single A to as low as single B in terms of credit rating. The rates are in the 5-6 percent range currently.

If you combine these different types of assets like preferreds and REITs, you can get a yield in the neighborhood of 6 percent and spread your risk. It is a challenge with rates being held down as low as they are.

The challenge is to generate consistent income from your assets but not take undue risk threatening you with permanent capital losses and reducing your income generating ability in the future.

The risk of these preferreds sound an awful lot like the structured products used during the subprime crisis. Who is your counterparty, is it the financial institution?

Ultimately you’d have a claim and the rating reflects that. However, for the compound return, you are looking at the underlying assets themselves.

But the institution applies leverage to juice up the yields?

They may, and that’s an important point. With all of these vehicles there’s risk of some volatility. These are not Treasury bills. They’re not certificates of deposit.

On the other hand, they yield a lot more than those super-safe instruments do in the current environment, so you really have to keep focus on the fact that your objective is to generate income, secure income over a long period of time, and accept the fact that there’s going to be some fluctuations in the price because you can’t control what’s going to happen in the market.

What is the main risk with these instruments?

The risk we are facing ultimately is a rise in rates. As I look at it now, however, that may be softened by central banks elsewhere in the world going in the opposite direction, gently instituting quantitative easing and keeping rates low to some extent. That will keep a lid on how far rates will rise in the United States, because if we were to raise rates too much relative to others, the dollar would get so strong that it would start to hurt out exports.

What happens to real estate and the preferreds if rates rise?

If rates are going up in the context of the economy performing well, which is typically the case, the risk premiums contained in the yield will hold steady or even come down. That will offset some of the impact of the rising interest rates.

But you’re not going to find any investment that is immune; stocks as well are likely affected by higher rates but both stocks and some of the lower rated fixed income securities will benefit from the strength in the economy. As for real estate, a lot of the investment potential is in commercial properties, and that’s sensitive to rates but also to the economy. Vacancy rates will go down as the economy strengthens.

And really the Fed has said as much that they’re only going to start raising rates until they’re comfortable that the economy is in a solid enough track.

However, we haven’t really been in this kind of monetary policy since 1951 so nobody investing today for a practical matter has experienced this. And it’s a different world from what it was then so we really don’t know if the Fed is able to bring about a smooth transition.

What other tips do you have for retirement savers?

If you take a long view and we just double the S&P from 1998 when it was 1000 to 2000 now: In between you have the dotcom crash and the financial crisis in ’08 and ’09 so everything except the super-safe investments are going to suffer during these periods.

Now interestingly I recently had dinner with some friends of mine who are in the money management business and two of them made the almost identical remark.

In the midst of all of the trading they were doing, and portfolio strategy they were applying, they each had some money from a relative they were responsible for but hadn’t done much with it. They were amazed how well it had done just because they really didn’t do much with it.

They set it up in the proper way and they had the right asset allocation. They left it pretty much untouched and over time it did pretty well. What gets investors into trouble is getting caught up in the emotions of the moment. Research compares what returns have been on mutual funds and the actual returns by investors investing mutual funds, they are far below the funds’ returns.

So what went wrong? Well they sold out at the bottom, bought at the top and incurred a lot of transaction costs in the process so their returns were far below the intrinsic returns by the market.

One of the values that money managers add is that they—if they give wise counsel—they prevent investors from hurting themselves by doing just that. We have the recent example in the high yield market, when we sold off very dramatically during July, early August.

It’s still not a great value but somewhat less overvalued than it was prior to that. What you certainly didn’t want to do was sell out right at the time, just before money started flowing back into the high yield mutual funds and prices recovered.

Marty Fridson is chief investment officer of Lehmann, Livian, Fridson Advisors LLC, an investment management firm. Marty has more than 30 years of experience on Wall Street, working for Salomon Brothers, Morgan Stanley, and Merrill Lynch. He is the author of investment classic “Financial Statement Analysis” and was ranked in the top 10 of the most widely published authors in finance in the period 1990–2001.