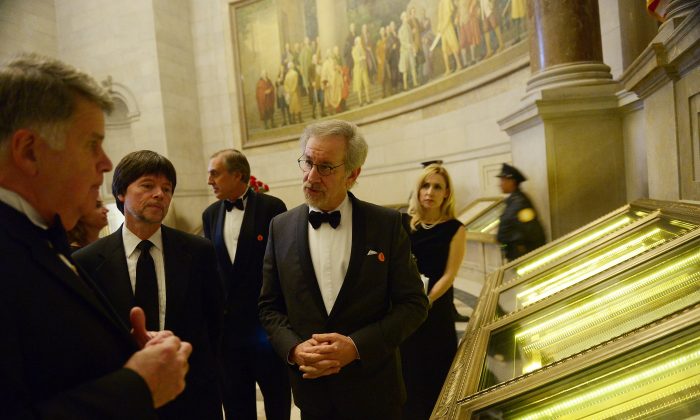 How to Improve Accountability of Elected Officials, and Hold Them to Their Oaths

As America stands upon a great and dangerous precipice, millions of Americans involve themselves battling against an ever-emerging Tyranny.

We skirmish on so many fronts that even though our numbers are legion, our efforts are minimized in their effectiveness by the nature of the division intentionally created by those who wage war against our liberty.

As I have prayed for our great nation I believe God has shown me a “silver bullet” by which We the People can and must reclaim control over every renegade and corrupt president, congressman, senator, state delegate, judge, sheriff, and so on.

In fact, this concept will affect every constitutional office holder and restore said Constitution to its rightful place as supreme Law of the Land.

I propose legislation, drafted and introduced on a state level, which would make it a Class 1 felony to betray one’s oath of office to uphold and defend the Constitution. The penalty would need to be significant in its severity, not only depriving such criminals of their liberty, mandatorily, but also their personal property.

Anyone interested in running for any office, from clerk of the court to state governor, congressman or senator, would be required by law to pass an examination on the Constitution before they could enter any contest as a candidate.

Just as any person wanting to become a doctor, lawyer, accountant, or realtor must first be examined for competency, how much more should we expect from those who “rule” or represent us?

In addition, an examination proves that the examinee knows what is expected of them and which actions are criminally prosecutable, thus the examinee cannot claim ignorance. The examination is the linchpin of accountability.

As it stands now, the remedy for removing someone from office, other than the ballot box, (and few trust the veracity of an election anymore), is a recall or an impeachment. While these tools are indeed available, the task of implementing any of the above is daunting in its scope. The vast majority of us feel impotent and frustrated.

I propose in this legislative initiative that a pre-determined number of petition signatures, achievable by a single concerned citizen, would trigger a Citizen Grand Jury made up of volunteers who likewise would have taken and passed the same examination on the Constitution as the constitutional office holder.

Once a Citizen Grand Jury brings forth a bill of indictment, the constitutional office holder would have to defend themselves before a jury of their peers, who would also be made up of those who have taken and passed the exam, and be presided over by a judge who has also taken and passed the exam, and who is not allowed to be a member of the bar, thus avoiding the corruption rampant in our judicial system.

Upholding and Studying the Constitution

Imagine the far-reaching ramifications of such an initiative! It would destroy the left-right paradigm, nullifying the Republican, Democrat, and Libertarian parties. After all, if everyone in office were held accountable to their oath it would not matter if one were an avowed communist! Once you take that oath you will be held to criminal account for betraying it.

Furthermore, it would decimate the numbers of those whose motive in pursuit of political office may be less than honorable. This legislation would be retroactive in requiring all current office holders to take and pass the same examination. From that point forward they would be held to the same standard as any incoming governor, senator, congressman, delegate, sheriff, or clerk of the court.

In addition, since We the People would be rightfully empowered to hold these men and women to account, there would be a vast revival in the common man’s interest and study of the Constitution. Such conversations would be had in restaurants, bars, parties, and churches, because the rule of constitutional law would be restored into the hands of every American.

It would electrify the electorate.

The naysayers have argued that no legislator would vote to shackle him or herself under these restraints. To that I say: who would dare vote against it!? Who could stand before their constituents and explain how they voted against it because they refuse to be held accountable?

Holding our congressmen and senators to account would hold the president to account. If we could prosecute our congressmen and senators for betraying their oath to balance the budget, protect our privacy, impeach and prosecute a rogue president and corrupt administration, and so forth, I submit they would do what they, by virtue of their oath, should be doing already. We could also recapture control over the Supreme Court for betraying our Constitution by referencing any other law other than our Constitution.

At the time of this writing, I have submitted this idea to three state legislators in the Commonwealth of Virginia, one of whom has responded and shown a genuine interest.

For those who have made a name in their respective field of expertise fighting unconstitutional assaults on our liberty, this initiative may feel threatening. After all, many have spent a lifetime and a fortune doing battle on their respective fronts. Nevertheless, this would end the need to fight the NSA, TSA, Agenda 21, EPA, and so forth, as those who, to date, have betrayed our country, our liberty, and our prosperity will have to face We the People on a field they do not control as the rule of law is restored to America again.

It is not only our right—it is our duty.

Catherine Crabill was the Republican nominee for the 99th District in the Virginia House of Delegates in 2009. She lives in Irvington, Va.