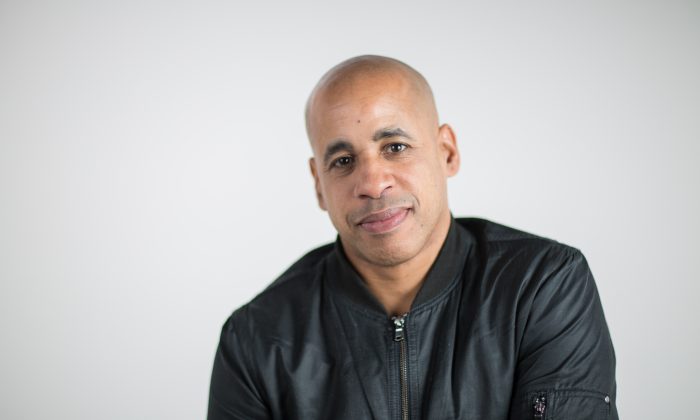 How to Completely Get Rid of Drug Addiction in 2 Weeks—Sterling Campbell, a Drummer’s Story

He started drumming in his childhood days, and became famous at a young age.

In those early years, he lived an unrestrained lifestyle, including many unhealthy addictions all too common in the rock ‘n roll world.

Then, in the mid ’90s, he was introduced to a cultivation practice from the East and it changed his life forever.

Sterling Campbell was born in 1964 in New York City.

During his childhood as a child, he was obsessed with music and drumming.

“I have been playing drums all my life, since 12 years old. Drumming has become a part of me,” said Campbell.

In 1986, barely in his 20’s, Campbell got his first big break and was hired to go on tour with Cyndi Lauper. She was at the height of her career, and at that point, Campbell had never even been on an airplane.

From there, his own career skyrocketed. He went on to work with many top bands, including Duran Duran, Soul Asylum, and The B-52’s. In particular, Campbell is known for playing with David Bowie, starting in 1992 and then for the next 14 years.

Canadian filmmaker and actor Michael Mahonen published a photo taken in 2002 on his Facebook page, as a memorial message to Bowie. The photo shows Campbell playing on stage behind Bowie, and on his drum kit are the Chinese characters for “Truthfulness, Compassion, Tolerance.”

“People always want to put on some things. I want to put some positive things on my drum and tell people what kind of person I am,” said Campbell.

Truthfulness, compassion, and tolerance are the principles of the ancient Chinese meditation practice of Falun Dafa (also known as Falun Gong).

One day in 1998, Campbell was walking through Riverside Park on the West Side of New York City, when he passed a group of people doing some exercises.

“I saw some people practicing Falun Gong from the side view of my eyes, and I went over,” recalled Campbell.

“I talked with the practitioners. I didn’t know why I was interested in this, but I was attracted.”

Zhuan Falun is the main book of Falun Gong and has been translated into over 40 languages, including English. Indeed, it is one of the most translated Chinese books in the world, even surpassing Lao Tzu’s “Tao Te Ching,” the foundational book of Taoism.

When Campbell read the book for the first time, he said he had a special feeling.

“I picked up Zhuan Falun, and the book seemed to be talking to me. I read the book and I’m believing it and I think, this is what I’m looking for.”

Campbell said that before practicing Falun Gong, he had a lot of bad habits that troubled him for a long time.

“Part of the job description as a drummer was to drink every night, smoke everyday, smoke pot everyday. There were other drugs too. I do not want to mention those.”

Just like many Falun Gong practitioners, after Campbell started practicing, his life changed dramatically and the bad habits simply disappeared.

“I had tried to stop these and I wasn’t able to. Two weeks after I started practicing Falun Gong, I found that I no longer wanted to smoke, drink, or take drugs,” he explained.

Campbell said practicing Falun Gong has been part of his life ever since. It is now almost 20 years.

“A lot of people support me. Many people know that I practice Falun Gong and I participate in related activities. We are in the era with Wikipedia and Google. If you Google my name, you can find me and my stories on practicing Falun Gong.”